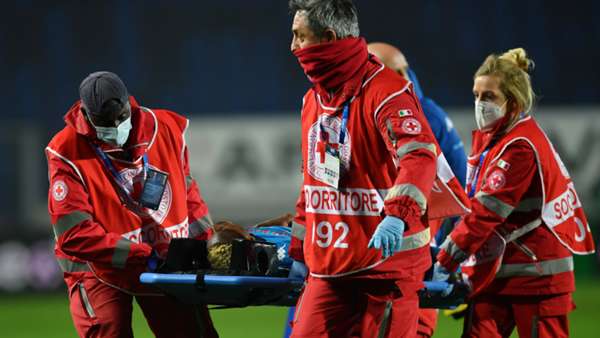 Napoli has confirmed that Victor Osimhem suffered a head trauma and will remain in Bergamo until Monday.

Osimhen was stretchered out in the 90th minute after he passed out following a head injury in Sunday’s 4-2 loss to Atalanta in the Serie A.

There was pandemonium on tbs pitch following the incident as the Super Eagles forward lied down on the pitch.

However, Napoli in a statement on it’s official website has doused the situation by confirming the player is responding to treatment.

“Victor Osimhen, following the injury with head trauma suffered in the final minutes of Atalanta-Napoli, underwent tests with negative results.

“The player will remain in Bergamo until tomorrow under the clinical observation of the blue health manager Raffaele Canonico.”