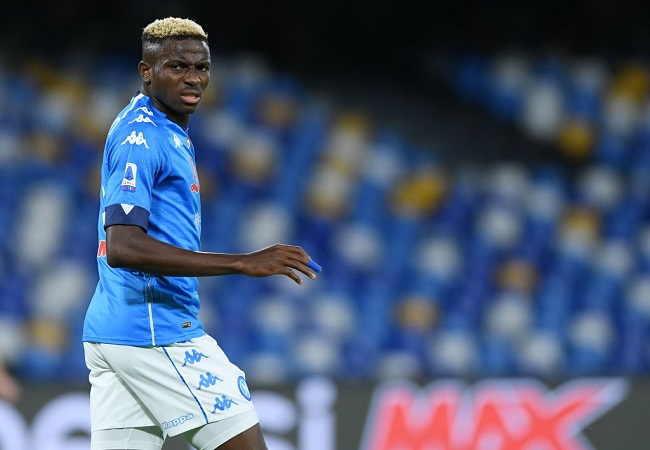 Napoli will meet Granada in Thursday evening’s Europa League round of 32 second-leg clash at the Stadio Diego Armando Maradona. But it is doubtful if Victor Osimhen can take part in this game.

The Nigeria international returned to Naples on Monday evening after staying in Bergamo overnight as a precaution, he collapsed on the pitch during Napoli’s 4-2 loss to Atalanta on Sunday. And he was rushed to the hospital.

Osimhen underwent more thorough examinations upon his arrival in Naples. And the test results came back negative, paving the way for him to resume training in the next few days. Napoli said in a press release on Tuesday afternoon.

“The striker will now rest for a period of a few days before gradually returning to training. His condition will be monitored on a daily basis.”

Napoli have a mountain to climb to progress to the last sixteen of the Europa League after Granada recorded a comfortable 2-0 win in the round of 32 first leg. A victory thanks to first half goals from Yangel Herrera and Kenedy.

Osimhen has played three matches in this season’s Europa League, including the first leg against the Spanish opponents from Andalusia.