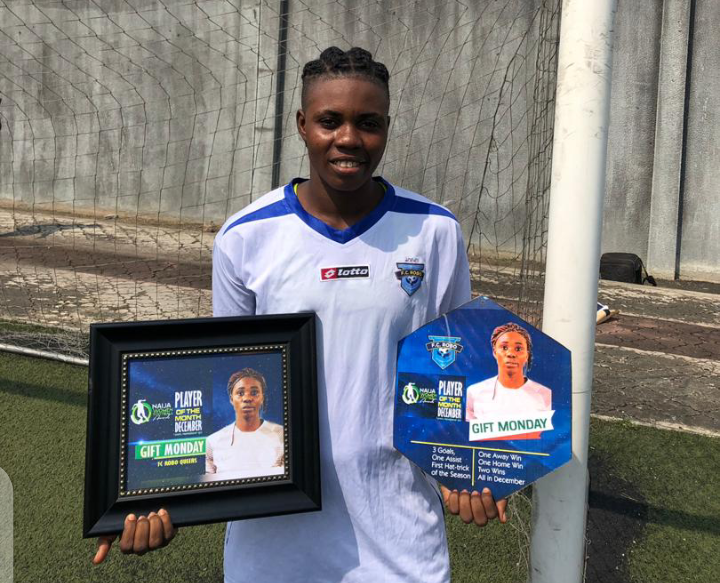 FC Robo have been boosted with the return of Gift Monday and Habeebat Kehinde Akinwande ahead of their week 8 game against Dreamstars Ladies in thr Nigeria Women Football League (NWFL) Premiership.
Both players were part of the Super Falcons squad that won the Antalya Women Cup in Turkey.
Gift Monday also scored in her first international call up to the Women senior national team.

She won the NWFL Premiership player of the month for December and has been vital to Emmanuel Osahon side who are lost to Delta Queens in Agbor on Matchday 7.
The forward has three goals t0 her name before she was invited to the Turkey Women invitation tournament by Super Falcons new head coach, Randy Waldrum.
FC Robo will be hoping to bounce back to winning ways when they host DreamStars Ladies at the Legacy Pitch, National Stadium Surulere in the Lagos derby by 4pm Nigeria time.