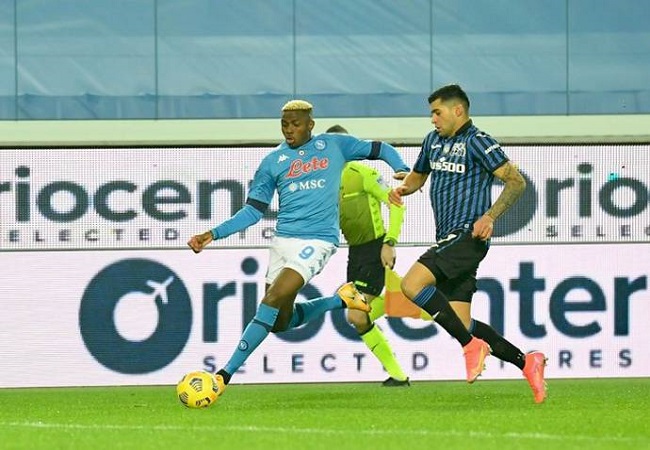 Napoli are in Italian Serie A clash against Sassuolo at Mapei Stadium on Wednesday evening. As the Italian side have confirmed their squad list for the game, Victor Osimhen does not appear on the list.

The game against The Black and Greens has come too soon for the injured striker with manager Gennaro Gattuso opting to omit the Nigeria international from the traveling party to Reggio Emilia.

Osimhen suffered a head injury during the closing minutes of Napoli’s loss to Atalanta on 21st February. And he partially resumed training last Saturday.

According to Corriere del Mezzogiorno, the Super Eagle is working individually. Because the examinations carried out after the head injury in Bergamo found some anomalies.

The 22-year-old will train separately until Friday and without heading the ball.

Osimhen will be tested again in three days time to see whether he will be available for selection for the weekend clash against Bologna.