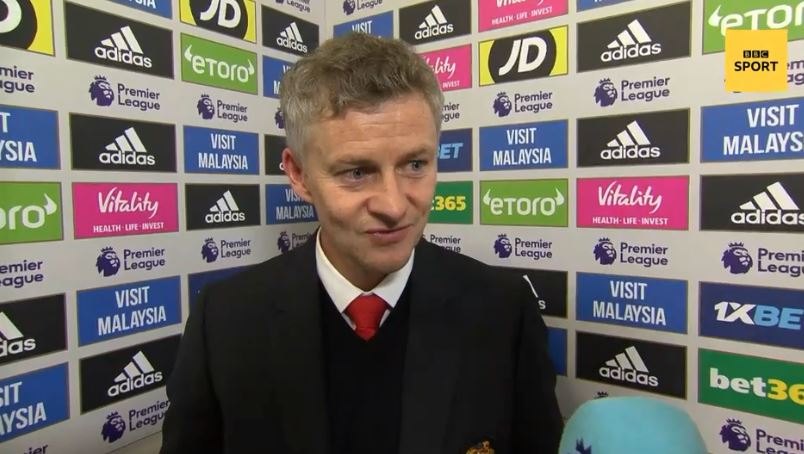 After being held by Chelsea at Stamford Bridge on Sunday, the Reds played out another 0-0, this time against Crystal Palace whose dogged defending made it another frustrating evening.

Marcus Rashford, Mason Greenwood and Nemanja Matic all went close in the opening period, but thereafter United struggled to find their  rhythm in attack and everyone was relieved to see Dean Henderson make an excellent stop from Patrick van Aanholt in the final stages.

Speaking after the game Solksjaer expressed disappointment over the outcome of the result.

Read Also: Made in Nigeria: Ndidi assist Iheanacho to save Leicester

He said, “It was Disappointing.

“Just a little bit off and I think I said to you before the game when you’re off and not spot on you’re not going to win games.

“Palace are a side that always make it hard for you and they did again.

“In the first half we were too slow to start with.

“They had a bright start. We played well for a little spell, but couldn’t score the goal.

“In the second half we never got going.

“We made some changes and we had one or two decent opportunities, but not enough of course.

“We had a couple of moments but we didn’t take them.

“They didn’t have much either.

“That’s sometimes just the way it works out.

“We didn’t find the quality that we normally see because we know the attitude and the approach to the game is right.”