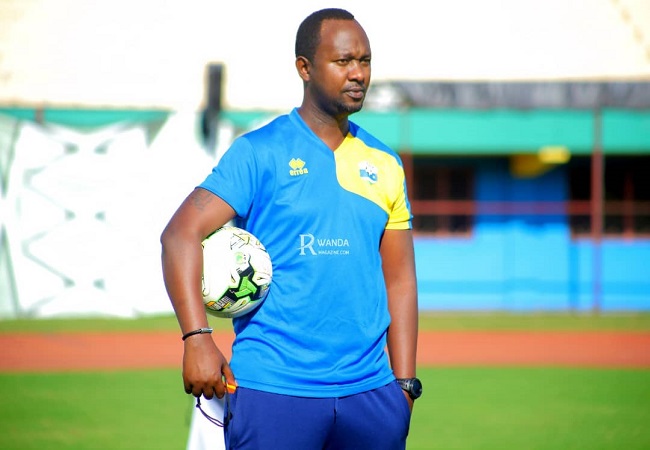 Times Sport reports that Rwanda national football team, Amavubi will enter residential camp on Sunday, 7th March. They will start preparations for the forthcoming AFCON qualifiers against Mozambique and Cameroon.

The development comes after the National Football Federation (FERWAFA) announced that Vincent Mashami will stay on as head coach of Amavubi for the next twelve months. As the coach put pen to a contract extension on Wednesday, 3rd March.

Rwanda host Mozambique in Kigali on 22nd March. They will then after play their decisive game against Cameroon a week later.

After extending his contract, Mashami will on Friday name the squad that he will use ahead of forthcoming two encounters.

“The camp will start on Sunday. This is the third year that Mashami is going to lead the national team. The fact that he knows the players makes it easier for him to select players for the national team.” FERWAFA Secretary General, Francois Régis Uwayezu said.

The tactician, who was the sole candidate for the national team hot seat, will have just two weeks to prepare the tie against Mozambique.