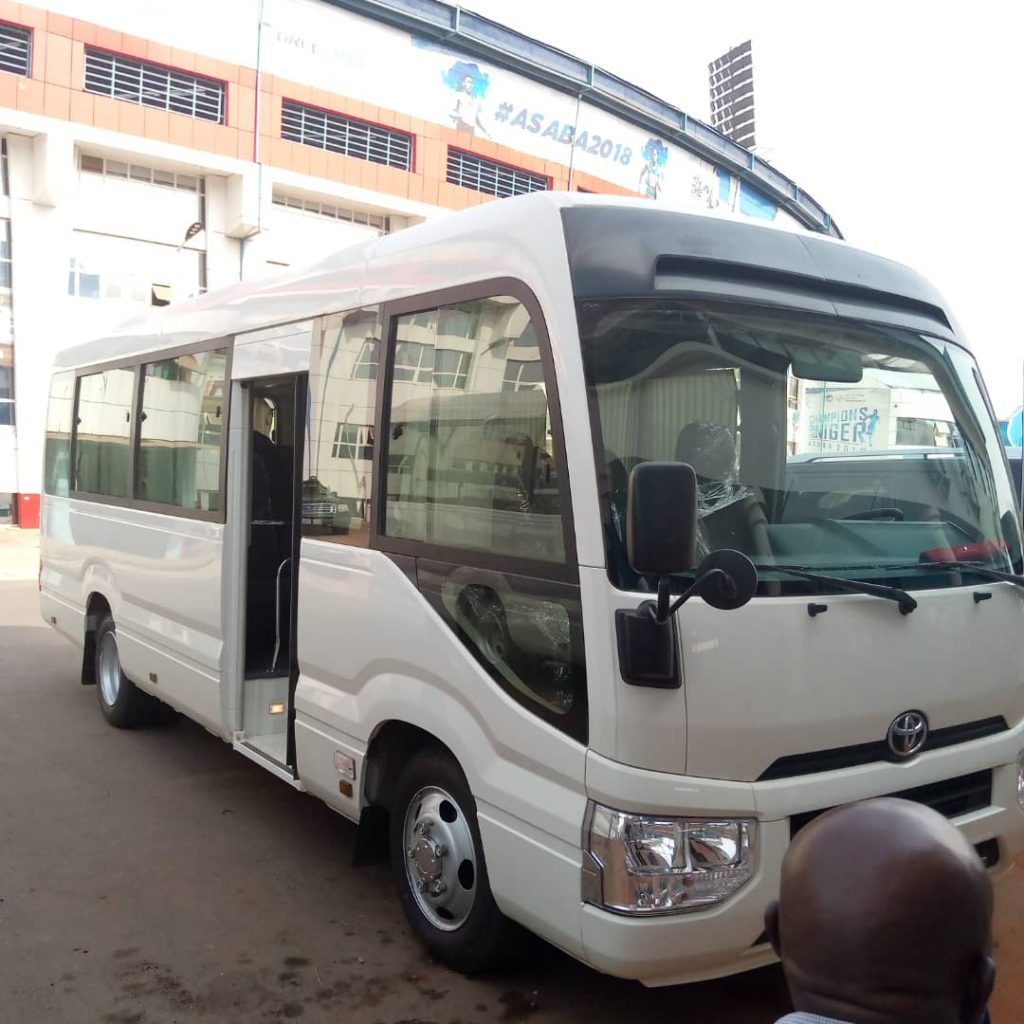 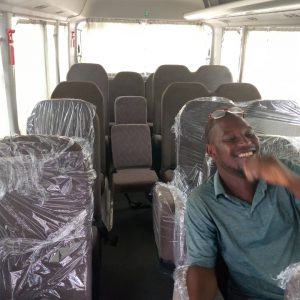 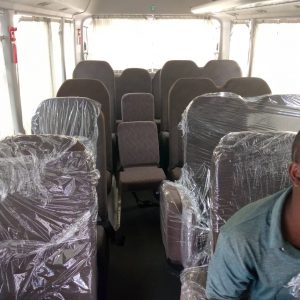 The Governor of Delta State, Governor Ifeanyi Okowa has  presented a Brand New Coastal bus to Delta Queens Fc.
The Chairman Delta State Sports Commission Chief Tonobok Okowa who presented the bus to the team noted that the gesture was part of the Governor’s resolved effort to continue to better the lot for the team with an improved welfare for Players and Management.
Chief Tonobok Okowa who charged the team for greater productivity inline with the state’s disposition to sports said the Governor Okowa led administration will not relent in providing all needed for the team to compete favourably with its contemporaries.

“To whom much is given, much is expected. The Delta State Government led by our emiable Governor Dr. Ifeanyi Okowa is a sports loving Governor and will continue to do more to boost team morale for greater productivity”
The 29 seater bus which was presented to the club on Friday was received by the Chief Executive Officer,  Delta Queens Fc, Henrrietta Ehiabor flanked by the Club secretary Martha Ihedioha and other management staff.
The C E O on a chat with the team’s Media,  thanked the Delta State Government for the gesture noting that the 29 seater bus to the club at this point is a much needed one.
“We can not underplay our Joy at this time. It is great as it will bring so much comfort to both players and management.”
“This is yet another kind gesture from the State Government through the sports Commission to the team of late and i can assure that the camp is bubbling with excitement.”
Delta Queens Fc is  currently third on the Nigeria Women Football League(NWFL)  following a fine run 0f results.
The team is yet to loss in the last four games and has defeated Bayelsa Queens, FC Robo and Edo Queens.
The Okowa babes will be hoping to extend its unbeaten streak on Matchday 9 of the NWFL when it travel to play against Abia Angels in Umuahia.