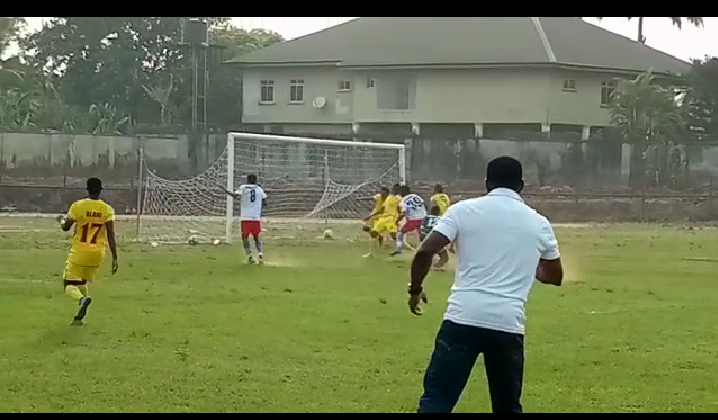 Delta Queens extends  unbeaten streak in the Nigeria Women Football League(NWFL)  to four following a 1-0 win against Edo Queens.
The Okowa Babes hosted high flying Edo Queens at the Agbor Township Stadium in Matchday 8 of the NWFL and it was the solitary goal from Odubanjo Dominance that separated both sides.
Coach David Ochei restored Dominance back to the squad after she was rested in the victory against FC Robo.
It was a back to back home game for Delta Queens and as anticipated, the South-South derby between both teams produced real end to end attacking game.

Both teams sized each others in the first half and had threatened to take the lead but poor finishing cost them to head back to the dressing room settling for goalless.
However, the pep talk from Ochei had an effect on his players who returned more determined in the second half.
Dominance was introduced to the fray in the second half as the host were looking to break the deadlock.
Nine minutes into the second half, Dominance scored her fourth goal of the season as she dazzled her way into the opponent box before putting the ball behind the net following a goal mouth Scamble
All effort for Edo Queens to share the spoils proved abortive as they were repelled by Delta Queens solid defence line.
With the victory, Delta Queens have now picked seven points from the last three encounters and a
moved to 4th on the NWFL log.