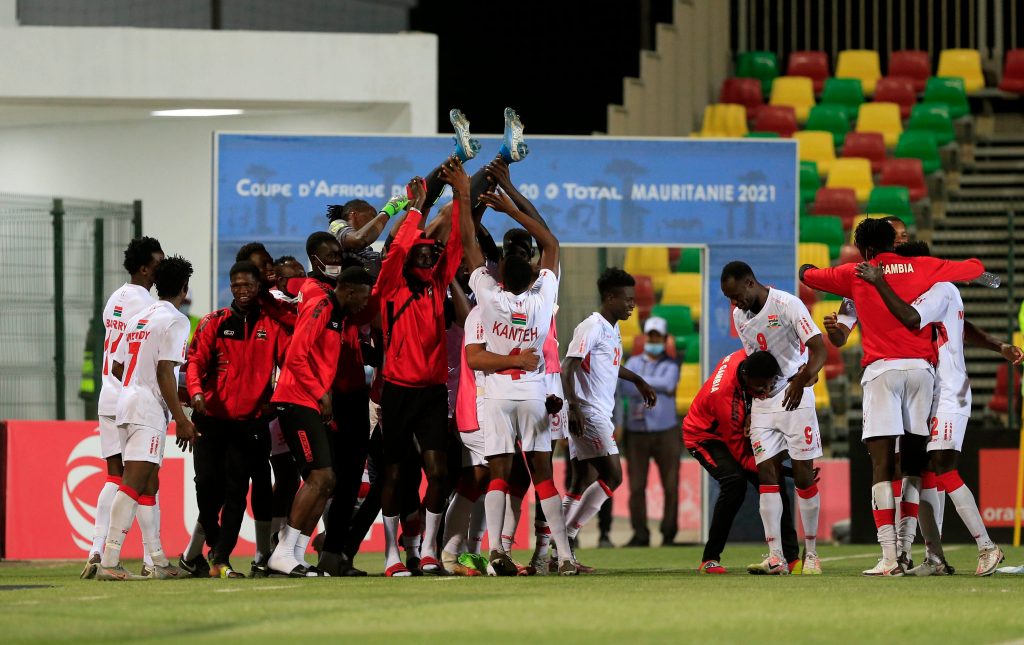 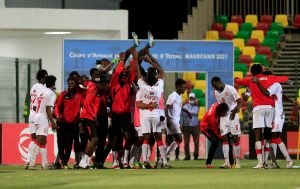 Gambia goalkeeper Lamin Saidy was the hero of the day as his two penalty saves ensured they defeat Tunisia 4-2 on penaltie to clinch bronze at the Total U-20 Africa Cup of Nations.

Gambia  defeated Tunisia in the third place game played on Friday in Nouakchott at Stade Cheikha Ould Boidiya to equal their 2007 record where they also finished third place.

Tunisia got to a perfect start commanding possessions but failing to make them count by converting them.

Read Also: AFCON U20 : My players have an opportunity to make a name for themselves- Karim Zito

The young Carthage Eagles had a chance in the sixth minute but Benlamine’s effort at goal with a shot on the outside of his foot went wide.

Both teams however could not produce any goal before the game was forced to penalties after a barren stalemate in normal time.

Saidy saved from Adam Karim Benlamine and substitute Hamdi Abidi to help his side clinch the trophy.

Gambia’s only miss in the shoot out was from Habessi Achref who saw his penalty saved by substitute keeper Ahmed Laabidi.