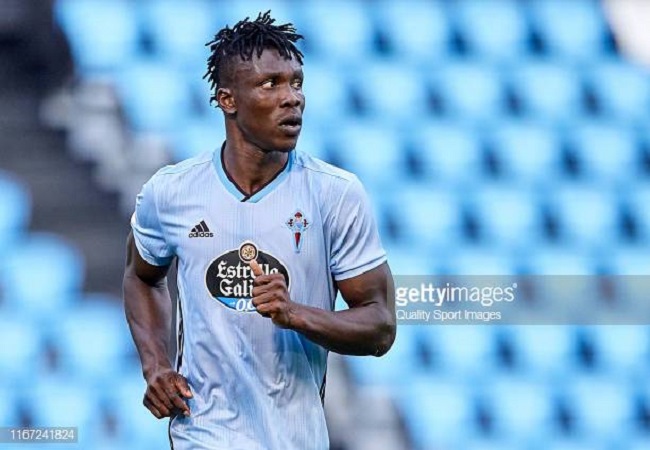 Bayern Munich coach Hansi Flick reveals the club will consider a move for Ghana international Joseph Aidoo should he meet their quality requirement.

The Bavarians coach was speaking in reaction to recent remarks by the Celta Vigo defender who expressed a desire to follow in the footsteps of compatriot Samuel Osei Kuffour to play for the German giants.

“There are many players who would like to play for FC Bayern. If he has the appropriate aptitudes and qualities, then I do think that he would be considered.” Flick responded to the Ghanaian at a press conference as Sports 1 reported.

Aidoo, who saw full-time action for Celta in a 3-1 Spanish La Liga triumph over Deportivo Alaves on Sunday, recently expressed a desire to wear the Bavarians jersey.

“I chose Sammy Kuffour as my mentor. Because for me, I think I will be playing for Bayern Munich in future and he has been there.” The centre-back told Joy Sports.

“I do watch their [Bayern Munich] games. And even sometimes I go to their website to watch some clips and stuff.”

Aidoo, who played for Inter Allies during his time in Ghana, joined his current Spanish outfit from Belgian side Genk in a five-year deal in 2018.

In his first season, the 2019-20 term, he made 32 league appearances involving 27 starts as The Sky Blues just avoided relegation.

So far in this current campaign, the 25-year-old has played 20 times in La Liga, half of that number coming as starting appearances.

A full Ghana international, the defender made his first senior appearances in a friendly fixture against Mauritania in 2019. Shortly before playing at the Africa Cup of Nations tournament in Egypt that year.

Kuffour is one of the most decorated Ghanaian footballers of all time. His achievements include gold medals in the Champions League (2001) and the Fifa Club World Cup (2001).

At international level, the 2006 World Cup star helped Ghana win the 1991 Fifa U17 World Cup before helping the West Africans claim bronze at the Olympic Games the following year.