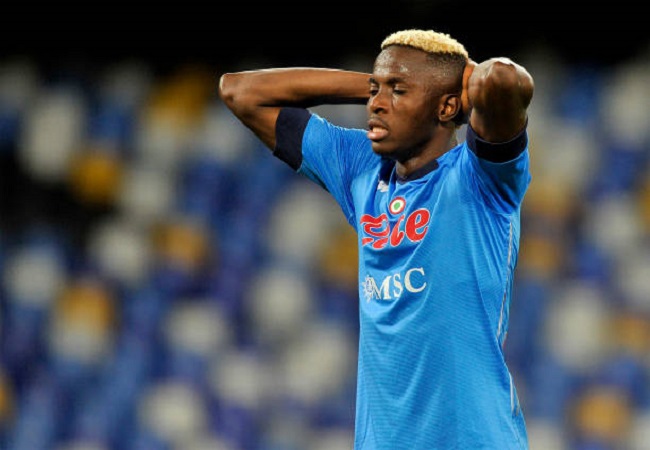 Last summer, Victor Osimhen joined Napoli for an initial 70 million euros. The Nigeria international thus has the tag of being the most expensive African-born player in history. And he surpassed Hirving Lozano, signed for 42 million euros from PSV Eindhoven, as the Partenopei’s record transfer.

Though Osimhen’s form has picked up in recent weeks, he has struggled for most part of the season, scoring just 5 goals in 23 appearances across all competitions.

One of the most respected voices on the transfer market, Di Marzio reckons that the Napoli number 9 is not worth more than 15 million euros. And he can only be used a backup striker in a top European team.

“Osimhen? He has to mature, I have often said. He shouldn’t be evaluated not for how much he has been paid. He is a boy with a physique who has to learn movements that no one has ever taught him.” Di Marzio said on Il Bello del Calcio on Canale 21 (via Area Napoli).

“In Nigeria, as I see it, they have not. He is not a player to be bought at high figures. He can be worth 10/15 million (euros). He must mature and in a high level team he can be a good alternative to the starting forward“.

Earlier in the season, Osimhen was out of action due to a shoulder injury suffered on international duty. He later tested positive for coronavirus, before suffering a head injury at Atalanta.