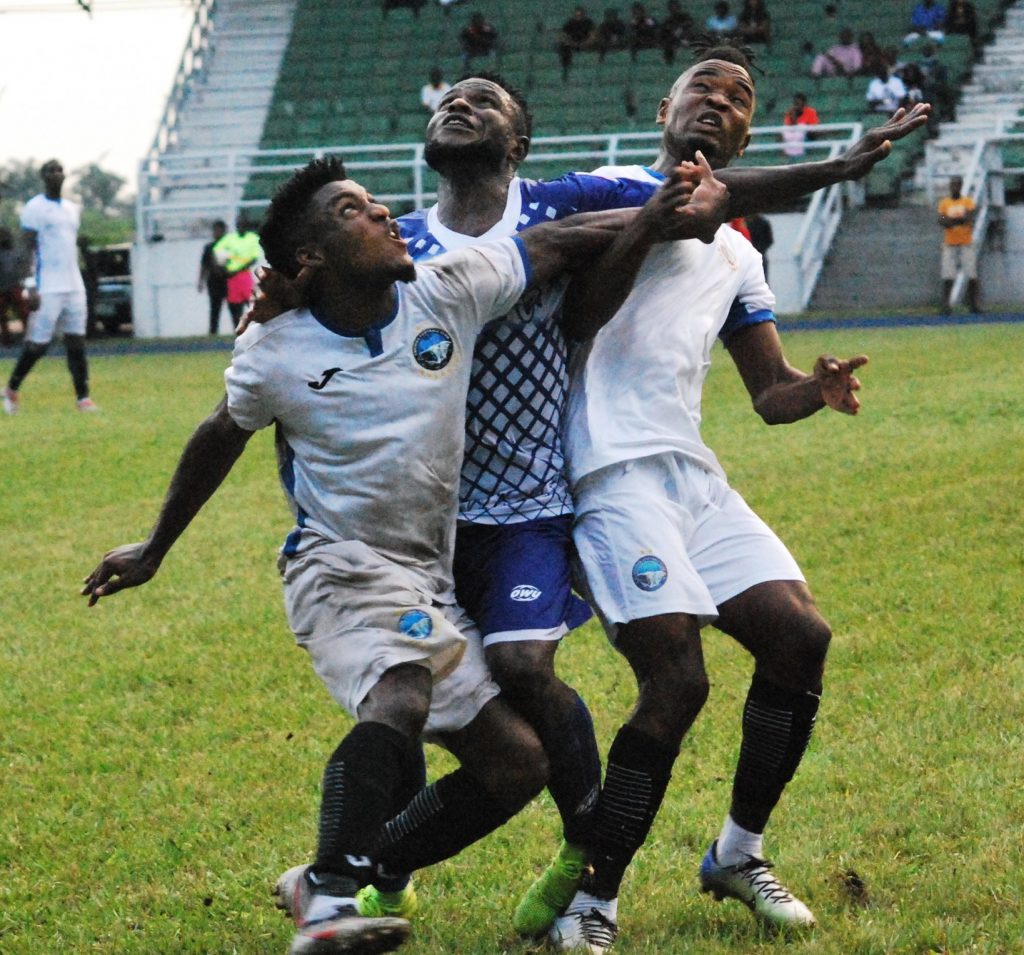 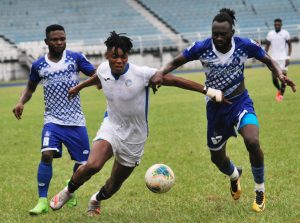 Rivers United new boy Sunday Adetunji late goal was enough to secure his side a 1-0 win over Enyimba in a rescheduled Nigeria Professional Football League(NPFL) on Sunday at the Adokiye Amasiemeka Stadium.
Enyimba have two games at hand following their participation in the CAF Confederation Cup.
Having failed to win any away game in the CAF Confederation Cup, the People’s Elephants were hoping to use the game against Rivers United to get back to winning away games ahead of the quarter final of the second tier of the continental competition.

Rivers United pushed for an early goal and in the 6th minute, Godwin Aguda won the first corner of the game.
Two minutes later, Morice Chukwu delivered a cross into the box but an unmarked Anaemena at the edge of the box saw his effort hit the side netting.
Former Enyimba goalkeeper Theophilus Afelokhai made a point blank save to deny Emmanuel Iwuala Anayo a scoring opportunity in the 21 minutes.
Enyimba goalkeeper John Noble had to also made a fabulous save after a through pass by Aguda found Adetunji in space who ran into the box only for his effort to be thwarted by the Super Eagles goalkeeper in the 40th minute.
The first half ended with both side failing to find the net in an end to end attacking game.
Rivers United kept piling the pressure on Enyimba players who crowded the box and in the 60th minute,  Rivers United player Esor was tripped down and a shout for a penalty appeal was denied by the referee.
However, the ghost of Enyimba poor away form came hunting them again as they let in a goal in the 85th minute.
With the win Rivers United have maintained their 100℅ home win in the NPFL.
Enyimba will now turn their focus on the oriental derby game against Enugu Rangers in Aba on May 9.