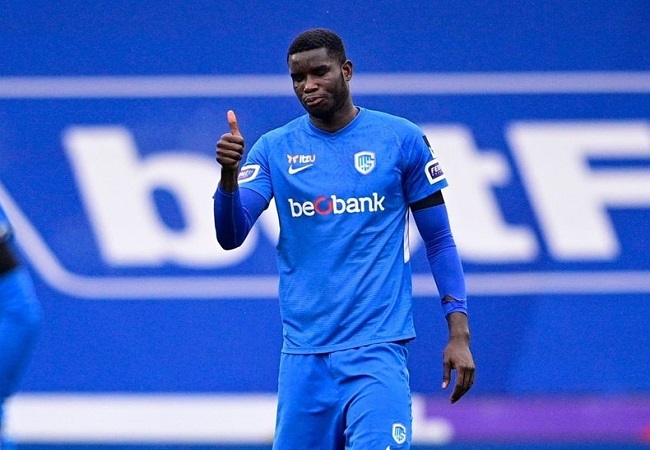 Paul Onuachu has been reportedly in link with West Ham for a possible transfer. And the agent of Genk striker is currently in England for talks amid reports linking him with the Premier league Side.

According to Own Goal Nigeria, West Ham and Brighton are the two teams from the Premier League keen on the 27-year-old. And his representative flew into England yesterday.

He wants to hold talks over a deal with both clubs for Onuachu, with the Nigerian interested in moving to the English top-flight.

While Genk want £22.36million for their striker, West Ham want to beat down the fee. That discussion will be between both clubs. But his agent clearly wants to get personal terms out of the way by holding face-to-face meetings.

Manager David Moyes wants a new number 9 this summer. And a move for the lethal Onuachu makes sense after his exploits in Belgium and Denmark.

The Nigerian international ended last season with 35 goals in 41 appearances across all competitions. 33 of this achievement coming in the Belgian top-flight. Onuachu bagged 74 goals in 181 games during his time in the Danish top-flight with Midtjylland,

His 6ft 7in frame makes him the perfect target man. And having him alongside Tomas Soucek in the squad would cause problems for opponents aerially.

Like most Nigerian players, Onuachu dreams of playing in the English top-flight – the most followed league in the West African country – and the Irons could be making his wish come true.