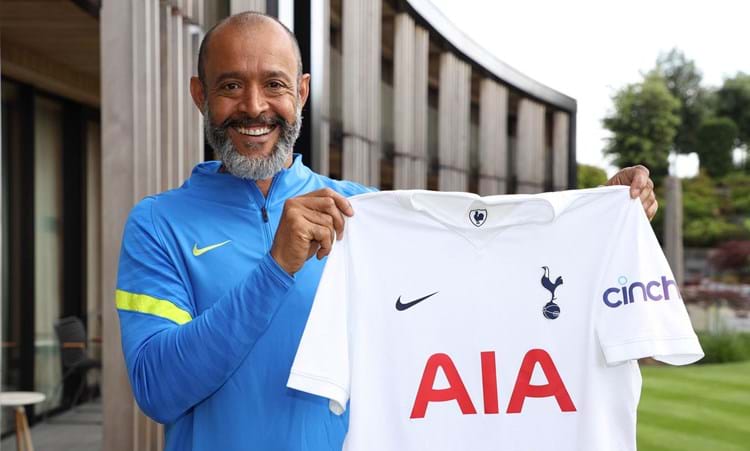 Tottenham Hotspurs manager Nuno Espirito Santo has promised to bring smile to the faces of the club suporters.

Esposito was announced as Tottenham new manager after he signed a two years deal that will see him remain with the club until 2023.

The Portuguese while speaking on his appointment, Nuno said: “When you have a squad with quality and talent, we want to make the fans proud and enjoy.

Read also: Iwobi Gets Benitez As New Manager Ahead Next Season

“It’s an enormous pleasure and honour (to be here), there’s joy and I’m happy and looking forward to starting work.

“We don’t have any days to lose and we must start working immediately as pre-season starts in a few days.”

Tottenham confirmed the signing of Espirito following the departure of Mauricio Pochettino to Paris Saint-Germain.

The club in a statement on their official website said;

“We are delighted to announce the appointment of Nuno Espírito Santo as our new Head Coach on a contract until 2023.

“Nuno arrives following a four-year spell at Wolverhampton Wanderers, where he guided the club from the Championship into the Premier League and secured consecutive seventh place finishes in their first two seasons back in the top flight – their highest league position since 1980.

“He also restored the Molineux outfit to European competition, leading them to the quarter-finals of the UEFA Europa League in 2019/20.”