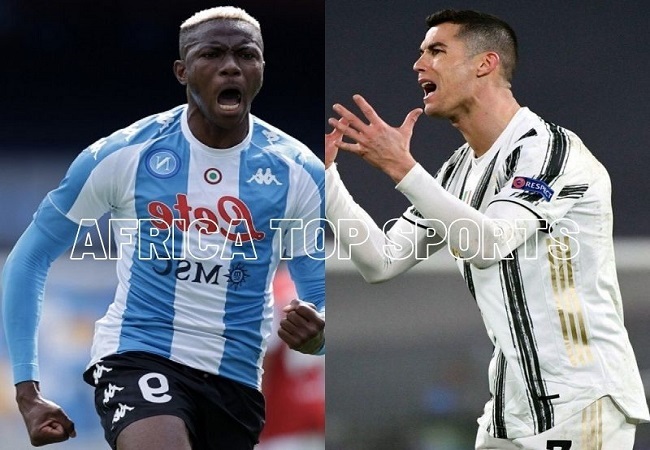 Nigerian international Victor Osimhen struggled with injuries and coronavirus infection during the first half of the season. The striker however bounced back impressively to end the season at Napoli.

The Napoli striker has risen to become the third most valuable centre-forwards in the latest Serie A ranking after highly rated stats firm Transfermarkt updated their database.

Osimhen’s market value is pegged at €50 million, which leaves him in joint-third with Juventus ace Paolo Dybala.

Top on the Serie A most valuable striker’s ranking is Inter Milan’s talisman Romelu Lukaku. The 28-year-old valued at €100 million. The clubmate Lautaro Martinez closely follows the former Chelsea man with an €80 million prize tag.

The Juventus duo of Cristiano Ronaldo and Alvaro Morata occupy the joint-fifth position with a valuation of €45 million. Ronaldo finished as the top scorer in Serie A with 29 goals.

Osimhen, 22, is the youngest player in the top five, with a brilliant second season at Napoli likely to shoot the Nigerian’s economic value even higher.

The former Lille striker scored ten goals in 24 league games for Napoli despite missing about three months of football due to injury and coronavirus-related problems.