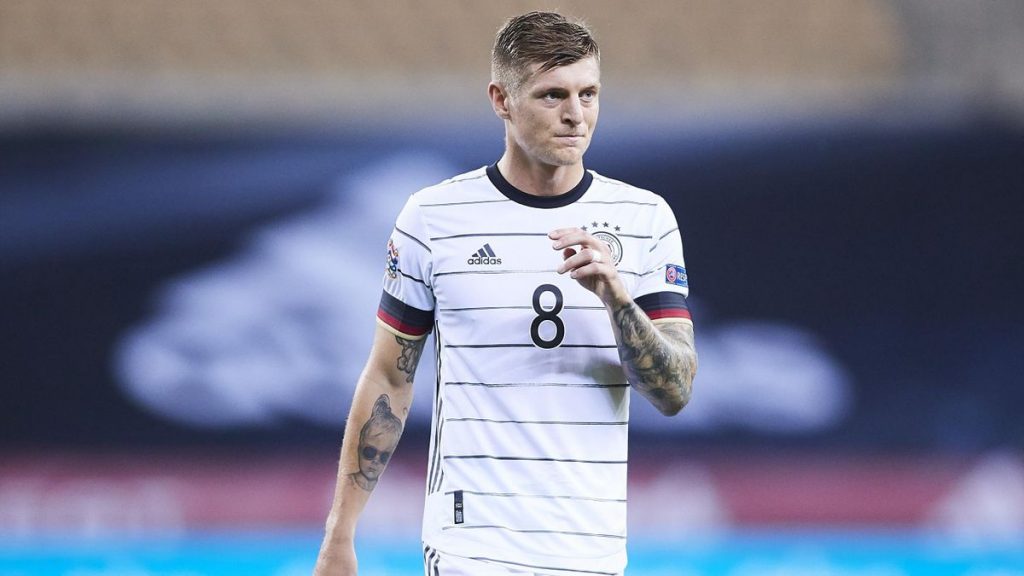 German midfield maestro, Toni Kroos has announced his retirement from international football to focus on his club and family.

The 31 years old midfielder in a statement on his Instagram however regretted not helping Germany win the Euro 2020 title.

Kroos said he wants to focus on his club career with Real Madrid as well as be around more with his family.

“I have played 106 games for Germany.

“There won’t be another one,” the midfielder wrote on Instagram, “I was hoping that I could end up with 109 caps and one more major title, the European Championship, and gave my all to try and make that happen.

“I had long decided that this tournament would be my last.

“I have known for a while that I won’t be putting myself forward for Qatar 2022.”

“Mostly because I want to be fully focused on my goals with Real Madrid in the coming years.

“I also want to be able to afford myself some down time that I haven’t been able to have in eleven years as a Germany international.

“On top of that, I want to be around more for my wife and three children as a husband and as a father.”

“It has been a huge honour”

His greatest achievement with Germany was the 2014 World Cup win in Brazil. Since making his international debut in 2010 in a 1-0 defeat to Argentina, Toni Kroos has participated in all three World Cup and EURO tournaments, making 28 appearances and scoring three goals.

His most memorable was in the 7-1 semi-final win over Brazil in 2014, where he scored two goals in the space of 69 seconds – the fastest brace in World Cup history.

Kroos ended his post by thanking the fans and Joachim Löw:

“It has been a huge honour to have been able to wear this shirt for such a long time.

“I always did it with pride and passion.

“Thank you to all the fans and supporters that helped carry me with their applause and cheering, but also to all those critics who gave me extra motivation.”