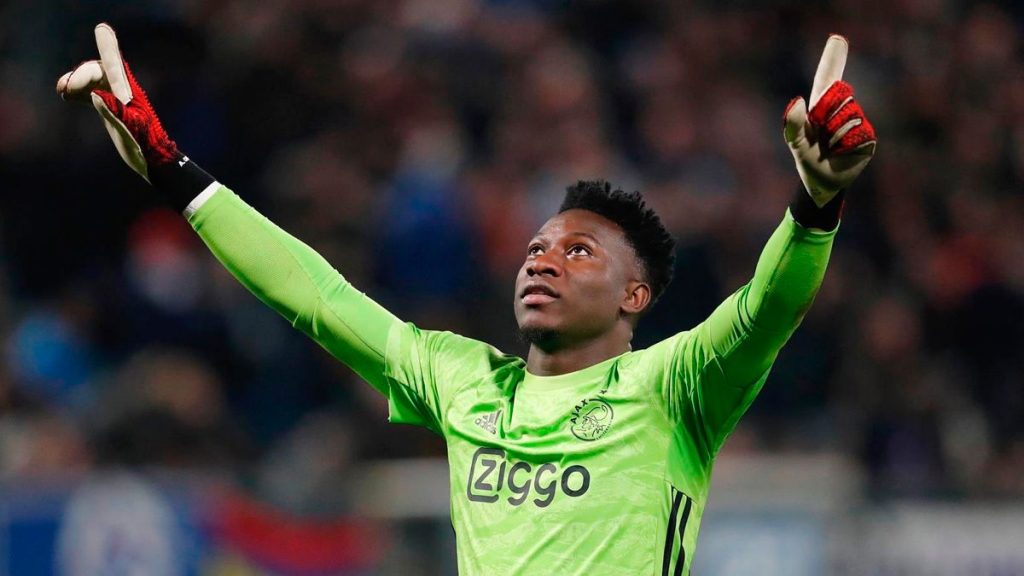 Cameroon goalkeeper Andre Onana is closer than ever to a departure from Eredivisie giants Ajax Amsterdam as reports claim he reached personal terms with his next club.

There is no doubt that the 25-year-old six years after joining them from FC Barcelona’s U19 side.

The Indomitable Lions’ guardian has been a long-time target for Premier League side Arsenal.

However, Gunners are dealt a huge blow as Sky Sports‘ Fabrizio Romano reports that French Ligue 1 side Lyon have reached personal terms with him.

Though both entities are yet to agree on transfer fee and terms of his exit, the balance is really in favor of Lyon as their head coach Peter Bosz continues to push for the arrival of Onana.

It is also reported that Ajax Amsterdam official are listening to offers which could even be as little as €8 million as they can see him go for free next summer when his contract will expire.

Some weeks ago, Andre Onana said he appreciate Nigerian goalkeeper Maduka Okoye who is playing for Sparta Rotterdam in the Eredivisie and said he could be his successor at Ajax.