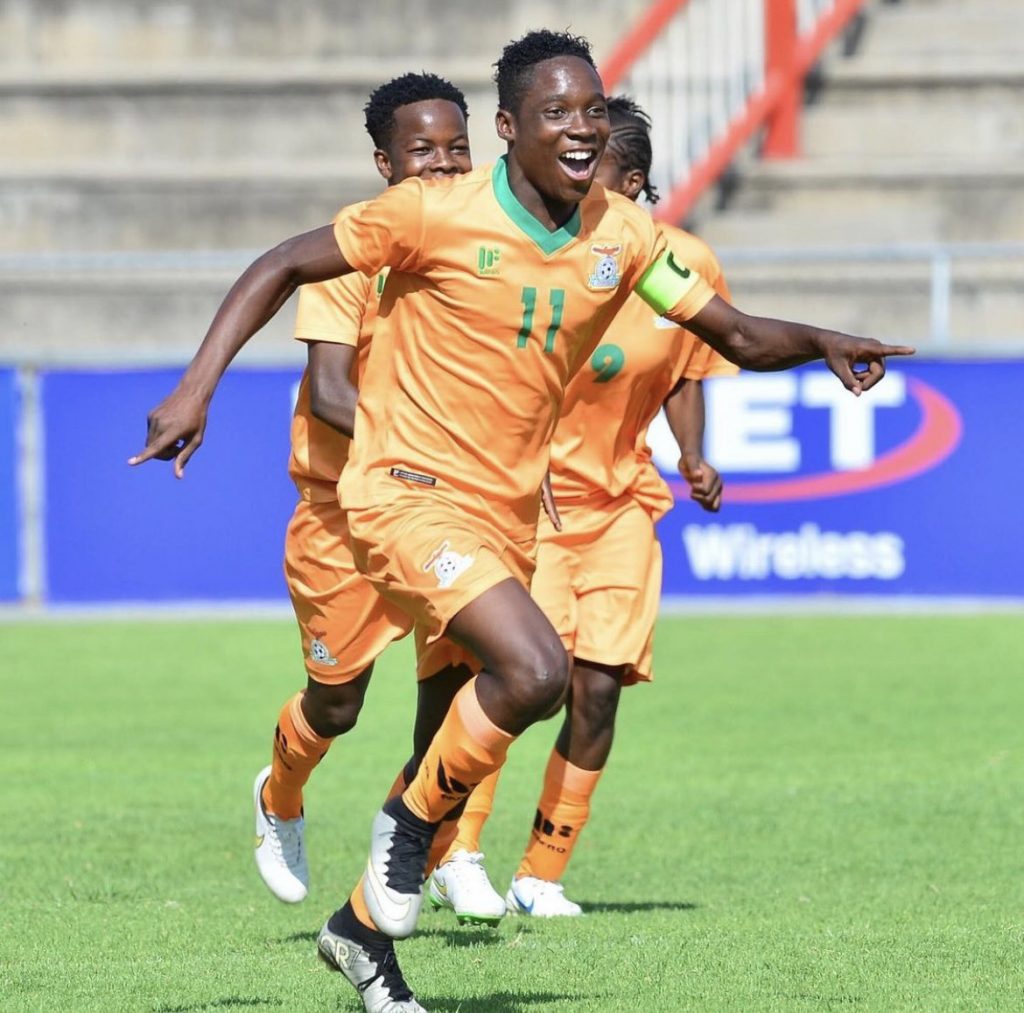 Zambia and 10-member China settled for a four-all draw in a Group F thriller played on Saturday at the ongoing Tokyo 2020 Olympic Games.

The stars of the show were Zambia skipper Barbara Banda who once again bagged a hat-trick for the second game on the spin whereas Wang Shuang went one better to net four goals.

Wang opened the scoring for China barely after six minutes into the game at Miyagi Stadium in Japan.

However, nine minutes later the teams were back on level teams, thanks to Rachel Kundananji’s equalizer for Zambia

Eventuallly, Wang restored the advantage for China with more goals in the 22nd and 23rd minutes to complete her hat-trick.

Thereafter in the second half, Zambia, Africa’s sole women’s football representatives at the Olympic Games, responded with skipper Banda’s treble.

She scored first from the penalty spot with three minutes to half-time then two minutes into the second half before netting again on the 69th minute.

Just as Zambia thought they had earned their first maximum points of the competition, Wang converted from the penalty spot with seven minutes to full-time.

China were reduced to  10 players after Li received a red card for a foul on Banda.

Zambia now have one point from two games having started the Games with a disastrous 10-3 loss to Netherlands who date Brazil in the group’s other match later on Saturday.