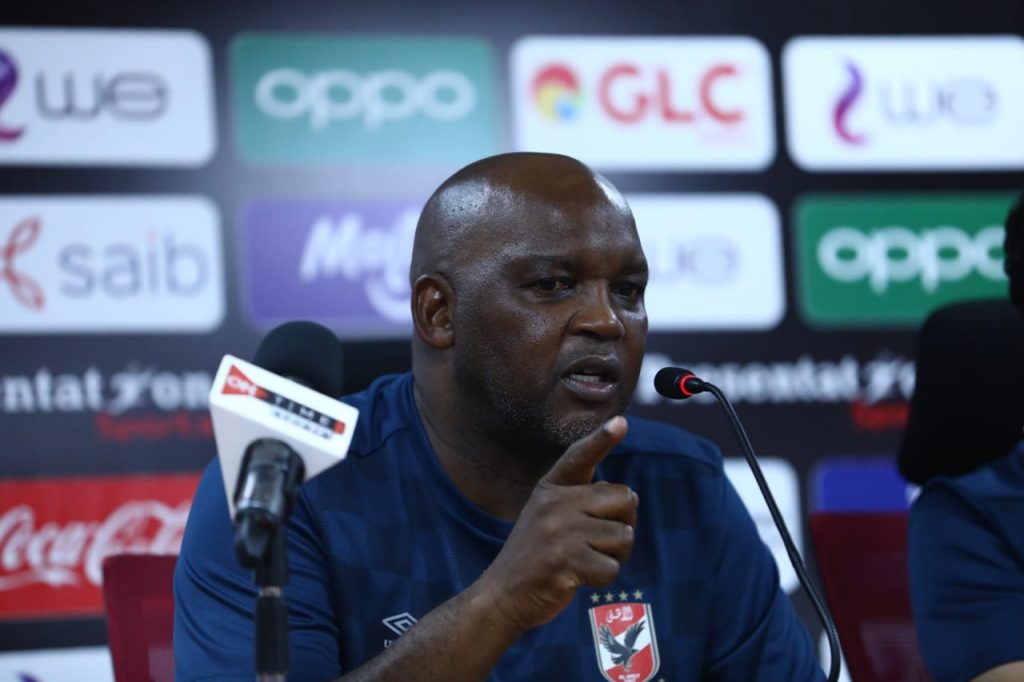 Al Ahly coach Pitso Mosimane has said fatigue is taking its toll on his players who are having to fullfil demands of crammed fixtures.

Mosimane said this in a post-match interview after Al Ahly left it late to overcome El Entag El Harby SC 3-2 on Sunday and avoid a second successive draw.

The South Africa coach said his team has had to compete in CAF Super Cup, defend the CAF Champions League and now chase domestic league and cup silverware.

“We played 14 games in the CAF Champions League, the CAF Super Cup’s game, besides playing in the league and FIFA Club World Cup. So it was a normal thing for the players to suffer fatigue. Our target is to win titles, so we are dealing with the current circumstances with a lot of professionalism,” Al Ahly website quotes Mosimane saying.

The coach revealed that he withdrew defenders and deployed more attackers upfront resulting in the late winner which Congolese striker Walter Bwalya scored in inury time.

“We played with four strikers and I substituted all the defenders because we were searching for the victory.”

“Marwan didn’t play very well tonight, but I liked his spirit and determination. I understand what people say about him. He continued the game despite suffering a knock on his head,” he said.

Mosimane added: “Mohamed Sherif was benched tonight due to him suffering fatigue. The same thing happened for Hamdy Fathy, and everyone must realize that we are suffering fatigue due to participating in several tournaments.”

Al Ahly are on second place on the log table with 55 points six points behind leaders Zamalek who have played two games more.