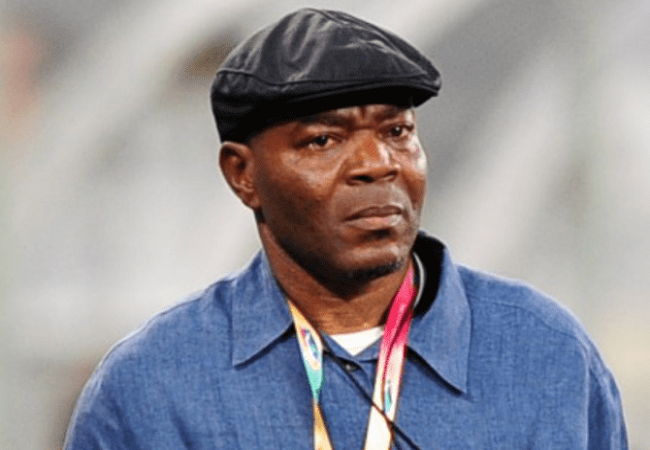 AS Roma Academy has appointed former Golden Eaglets head coach John Obuh as Technical Director. The Italian giants picked him as the man to direct the vision of the club’s academy in Nigeria.

As announced on Monday in Ilorin, the club’s country manager Robinson Adakosa said the experience of the veteran tactician John Obuh locally and globally, as well as his technical know-how, was a crucial factor in choosing him among several others who applied for the top job.

“It was easy for us to pick Obuh among numerous candidates for the job. Because we believe he possessed the quality to drive the vision of our academy.” The A part of the statement read.

“The kids and other staff will have a lot to learn from him. Because we believe that he has seen it all as far as football is concerned. Not only in Nigeria but globally.

“We believe that this new step is a bold statement that AS Roma Academy, Abuja, is here to source for young football talents.” Contonued the statement.

After a distinguished playing career that saw him wear the colours of Abiola Babes, Julius Berger, Enugu Rangers, Enyimba International FC of Aba, and Udoji United, Obuh took up a coaching career.

The 61-year-old gaffer’s profile shot through the roof in the Nigerian football space after he guided the Golden Eaglets to finish runners-up at the 2009 FIFA U-17 World Cup hosted by Nigeria. His Emmanuel Sanni-inspired team lost to Switzerland in the title decider.

Obuh also guided a Flying Eagles team, comprising Abdullahi Shehu and Olanrewaju Kayode, to a third-place finish at the Africa U-20 Cup of Nations in 2013.