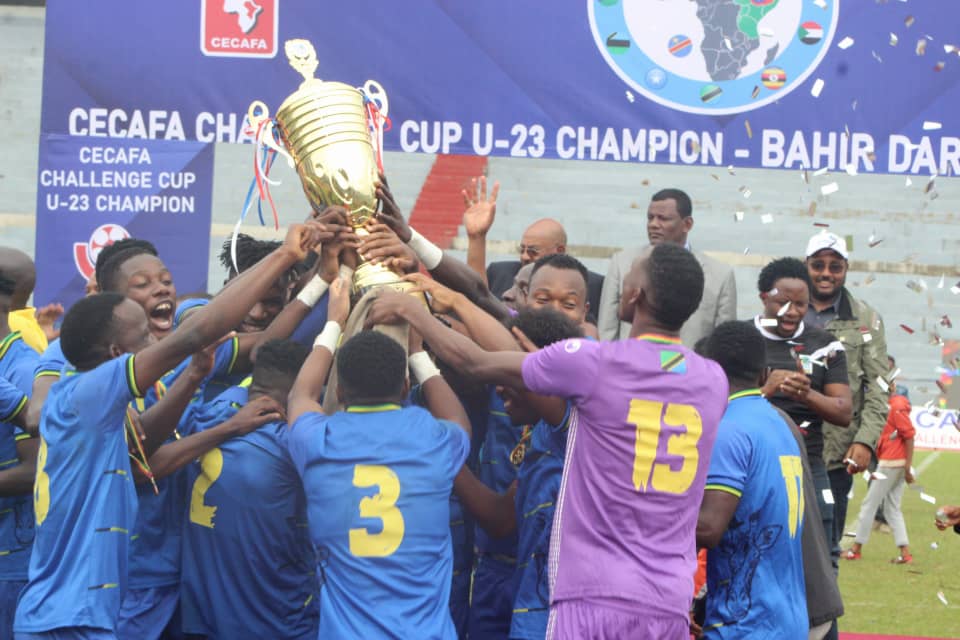 Tanzania’s Taifa Stars held their nerves to beat Burundi 6-5 on post-match penalties and lift the Council for East and Central Africa Football Association (Cecafa) Under-23 Cup at Bahir Dar Stadium in Ethiopia on Friday afternoon.

The two teams had settled for a barren draw in regulation time before proceeding to the penalty lotteries which saw Adolphe Hakizima missing the decisive sixth penalty for Burunda and hand Tanzania the title.

In a post-match interview with Cecafa media, Tanzania coach Kim Poulsen said he was excited with to win the silverware.

“It’s a great moment and I am happy we came here and won the trophy with little preparation. Burundi was a very good side,” the Dane Poulsen is quoted saying.

His Burundi counterpart coach Jimmy Ndayizeye was graceful in defeat.

“I want to thank my boys for showing good fighting sprit through out the tournament. It was not our day today in the penalties,” he is quoted saying.

To reach the final, Burundi eliminated Kenya 4-2 on post-match penalties.

Ndayizeye’s men qualified for the last-four stage after holding Ethiopia 1-1 to finish on top of Group B with four points.

Burundi had come this far without tasting defeat in the group comprising Ethiopia and Eritrea.

On the other hand, Tanzania beat South Sudan 1-0 to date Burundi in the final. Tanzania emerged unscathed from group A that had DRC and Uganda.

The teams were split into three three-member pools, including Group C which had Kenya, South Sudan and Djibouti.

The overall top team in each group qualified for the semi-finals with the best runners-up across the pools completing the last-four band.