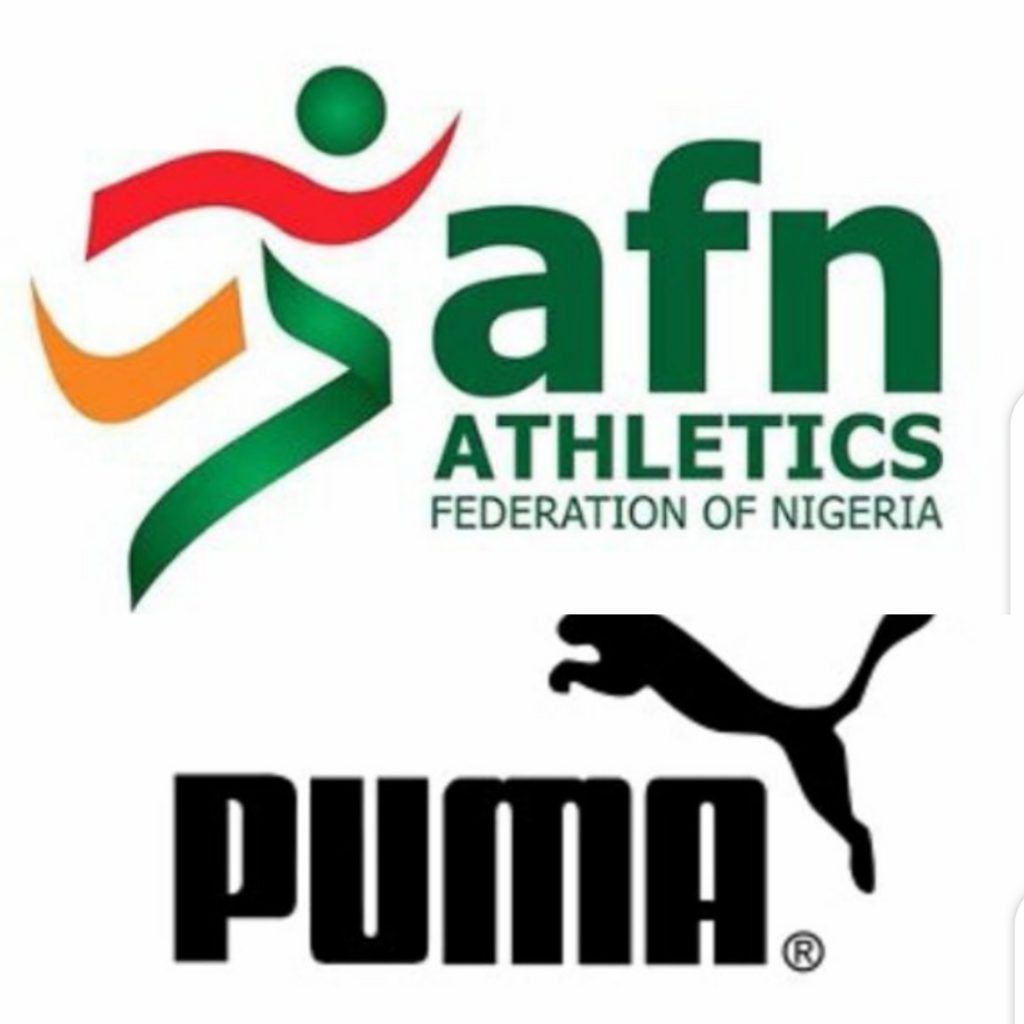 German sports wear manufacturing giants PUMA has terminated its four -year contract with the Athletics Federation of Nigeria AFN.
AFN in a statement released on Wednesday disclosed that the message was conveyed In a letter dated Wednesday 4th August 2021 and signed by the company’s director Manuel Edlheimb PUMA.
PUMA in the statement said it was officially notifying the Athletics Federation of Nigeria of its termination of Sponsoring and Licensing Agreement.

The letter reads;
“We are referring to the licensing and sponsoring agreement signed between our company and your federation.
“As a direct consequence of the recent developments, particularly at the Tokyo Olympic Games 2020 and pursuant to clauses 9.2 and 7.3 of the Agreement, we hereby terminate the Agreement with immediate effect.
“PUMA especially declares to be discharged from any or all obligations towards all stakeholders involved and reserves all rights against these entities and individuals”.
The Athletics Federation of Nigeria under the leadership of Engr Ibrahim Gusau signed a 4 year contract with PUMA in 2019 and was due to expire in 2022.
Part of the contract is that PUMA will supply apparels to all age categories to Nigeria’s Athletics team for four years at no cost.
In addition, gold medalists at the Olympic Games will earn $15,000, silver medalists will get 5,000 while a bronze medal will fetch athletes wearing   the PUMA apparel at the games $3000.
The minister of Youth and sports Sunday Dare had vowed in a statement that Nigerian Athletics athletes to the Games will not wear PUMA because of a leadership tussle between the Ibrahim Gusau led AFN board and the one being championed by the minister.
Several efforts were made to give the athletes the PUMA kits including shipping bags of kits with 40 items each to Tokyo through the Nigerian Embassy in Japan but Mr Dare wrote to the Ambassador stopping him from sending the kits to the athletes.
It will be recalled that on September 3, 2020 the Department of State Services DSS cleared the Ibrahim Gusau led board and its marketing firm Dynamic Sporting Solutions Nigeria Limited of receiving money meant for the AFN.