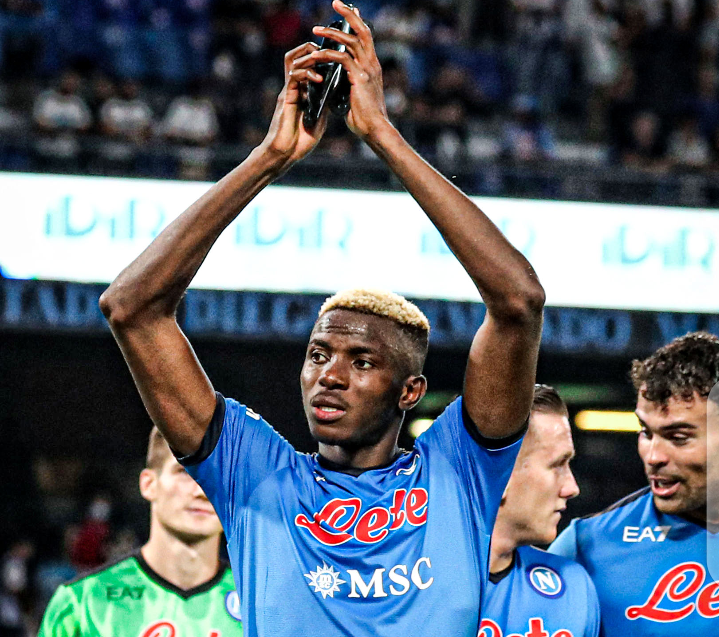 Victor Osimhen scored his first Serie A goal of the season in Napoli’s 4-0 away win against Udinese on Monday night.

Osimhen returned to the starting line up after serving match suspension and fresh from his brace against Leicester City in the Europa League.

The Super Eagles forward broke the deadlock for Napoli in the 24th minute from a Lorenzo Insigne assist.

Osimhen however, did not complete the game as he was substituted in the 81st minute by Andrea Petagna.

Amir Rharmani scored Napoli second goal in the 35th minute with Kalidou Koulibaly with the assist.

Koulibaly made it 3-0 in the 54th minute before Hirving Lozano and capped what was already a fantastic performance for Napoli.

The victory saw Napoli moved to top of the Serie A table with 12 points having won all their four opening games.