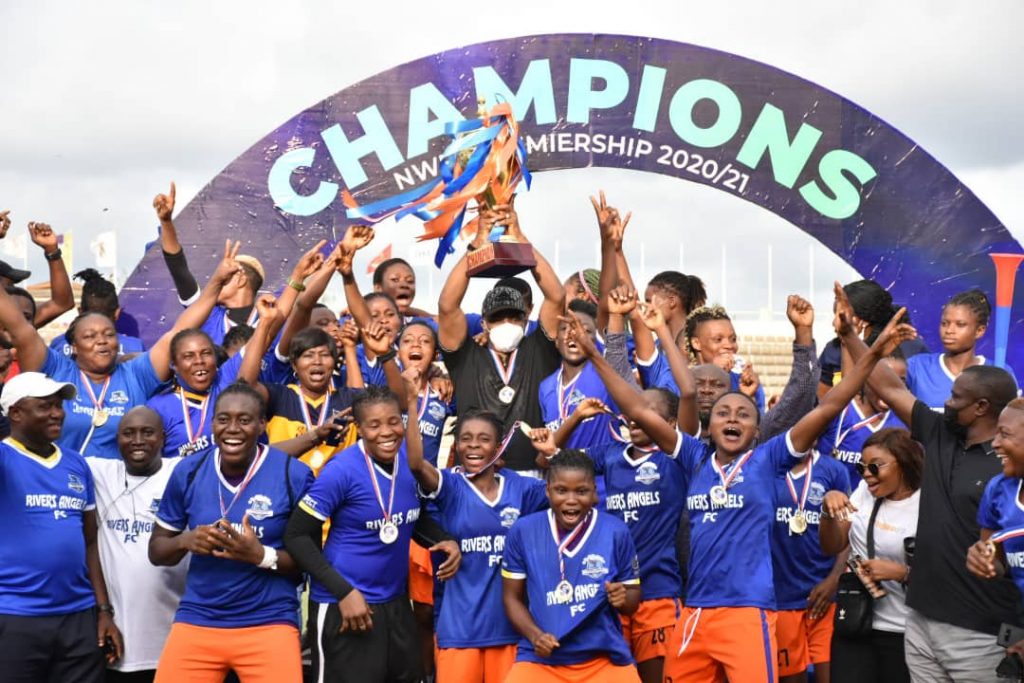 The Nigeria Women Football League (NWFL) has reverted to the abridged format ahead of the 2021/2022/season which will start December 8,2021.

The decision was reached during the 2021 NWFL Congress which took place in Lagos on Wednesday.

NFF Vice First Vice President, Barrister Akinwumi while speaking commended the NWFL for producing the likes of Monday Gift of FC Robo Queens and Vivian Ikechukwu of Rivers Angels who scored all the four goals recorded for the Super Falcons at the just concluded Aisha Buhari Cup.

Defending champions Rivers Angels will fly Nigeria flag at the Inaugural TotalEnergies CAF Women’s Champions League to be hosted by Egypt are in Group B.