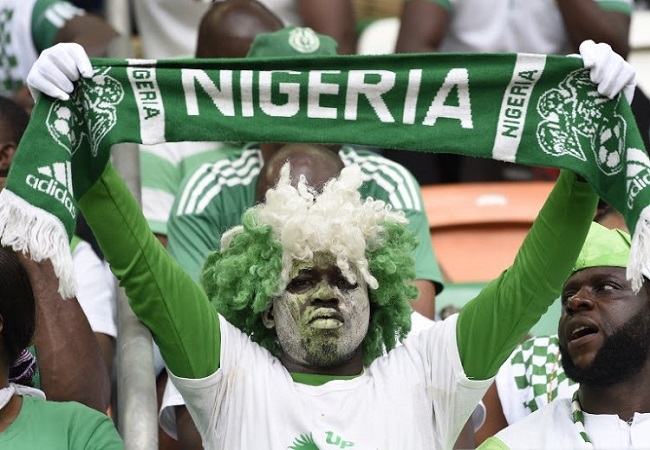 The Confederation of African Football, CAF, has given Nigeria the go-ahead to allow five thousand (5,000) fans entry into the Teslim Balogun Stadium, Lagos, to watch the matchday three encounter between the Super Eagles and the Central African Republic.

Also Read : CAF YET TO DECIDE ON FANS ATTENDANCE AT EAGLES CLASH WITH CAR

It would be recalled that the same number of spectators were allowed to watch the Super Eagles’ matchday one tie versus Liberia also at the Teslim Balogun Stadium. The NFF had however applied to CAF to have 12,000 spectators at the venue.

Nigeria won that encounter 2-0 thanks to a pair of well-taken goals from Kelechi Iheanacho, giving the fans a lot to cheer.

The Super Eagles later secured an excellent 2-1 victory away to Cape Verde, notching a maximum of six points from two games heading to the clash against the Central Africans.

The three-time African champions are the huge favourites against the Wild Beasts on Thursday and in the return leg on Sunday. And team captain Ahmed Musa has revealed that nothing but victories in both clashes will be enough.

“We have a mission, which is to collect all the six points from the two matches and make things easier for ourselves in the last two matches against Liberia and Cape Verde. Then, we can focus on the knockout matches of March next year.” The Fatih Karagumruk forward said.

The return leg of the Super Eagles and the Wild Beasts face-off is slated for Douala, a coastal city in Cameroon.

CAF had banned the CAR from hosting any World Cup qualifiers on home soil after ruling that none of their football pitches is fit for international matches.