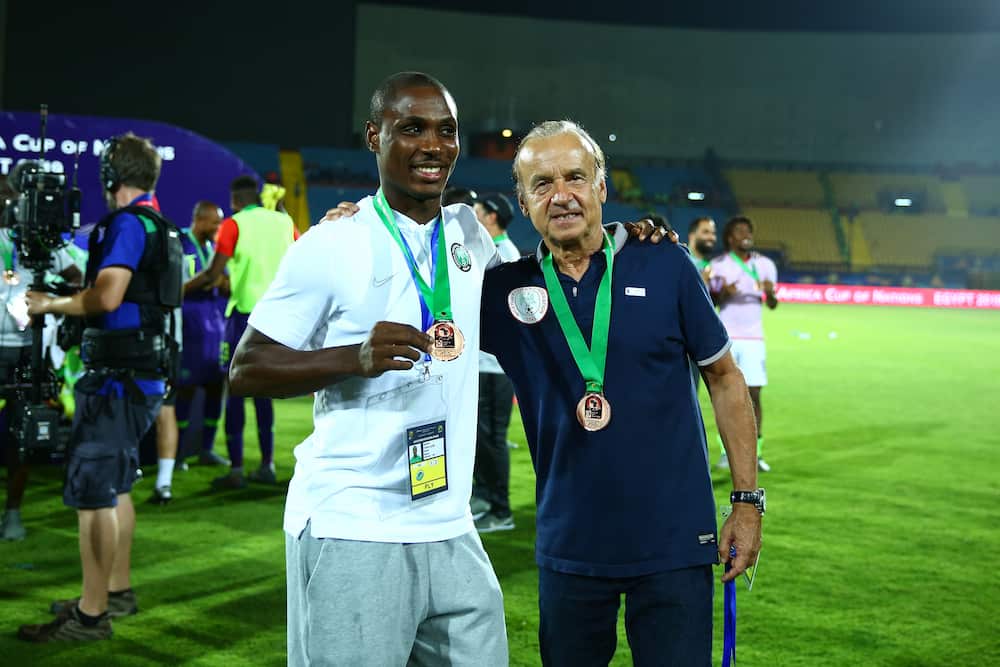 Odion Ighalo has come out of retirement and has been invited by Super Eagles manager Gernot Rohr ahead of the 2022 FIFA World Cup qualifier against Sierra Leone and Cape Verde.

Ighalo announced his retirement from foot a after he helped the Super Eagles finished third position at the 2019 African Nations Cup bronze medal in Egypt where he also finished as top scorer of the tournament.

Ighalo who is currently playing for Saudi Arabia side, Al-Shabab was named in the list of invited players for the crucial Group C game next week.

Read Also:Odion Ighalo Has Opened Up On Super Eagles Return

Also, Wilfred Ndidi returned to the team after he missed the double header against Central African Republic due to injury.

Everton midfielder, Alex Iwobi and Villarreal winger, Samuel Chukwueze were also called up ahead of the games.

The Super Eagles will tackle the Lone Star of Liberia at the Grand Stade Tangier in Morocco on Saturday, 13th November and then fly into Lagos for the final group game against Cape Verde’s Blue Sharks at the Teslim Balogun Stadium on Tuesday, 16th November.

The invited players and overseas-based members of the technical crew are to report directly to the city of Tangier on Monday, 8th November while technical officials from Nigeria are to report in Tangier the same day.