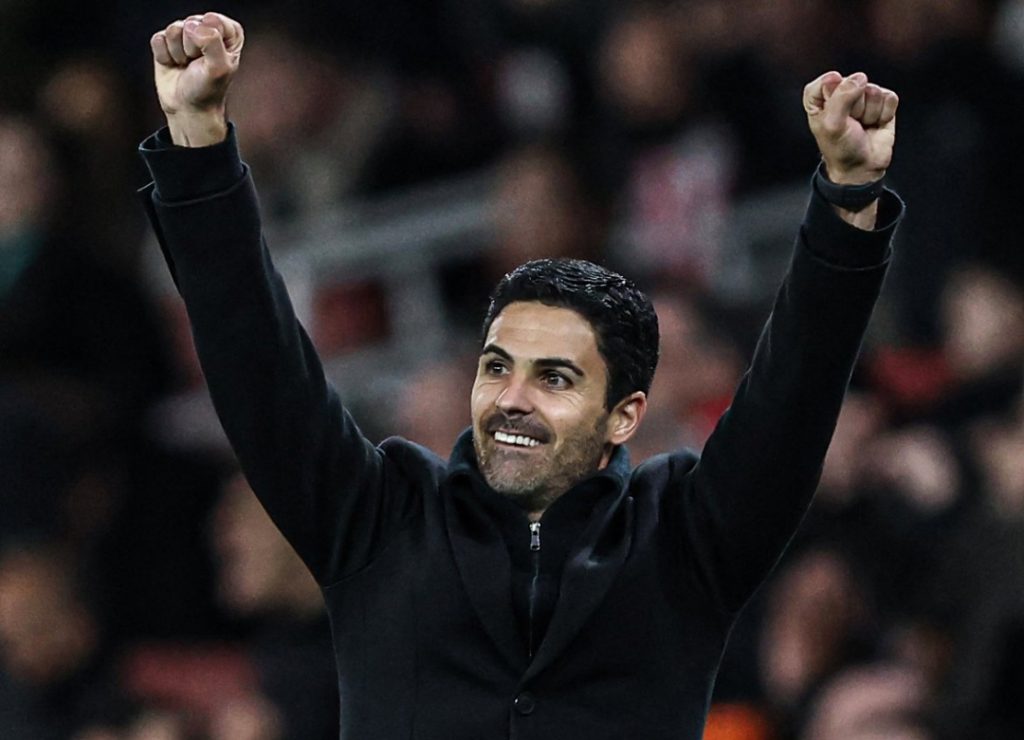 Arsenal manager Mikel Arteta marked his 100th match in charge of the club with a 1-0 victory against Watford.

Arteta have now guided the Gunners to 54 wins since he took charge as manager becoming the first manager after George Graham who guided the club to 56 win in his first 100 games as manager.

Emile Smith Rowe goal made the difference as he scored his third successive Premier League game fo hand the Gunners a hard earned victory at the Emirates Stadium.

After squandering most of their chances including failing to score from the spot, Arsenal took the lead on 56 minutes when Smith Rowe fired into the far corner from the edge of the penalty area after a mazy run from Ben White.

Pierre-Emerick Aubameyang thought he had doubled the lead as he tapped in from Martin Odegaard’s pass in the 73rd-minute but he was ruled out for offside.

On the other hand, Joshua King had nearly levelled for Watford when he hit the side-netting from a tight angle with the goal unguarded.

Watford ended the game with 10 men after Juraj Kucka was sent off for a second bookable offence in the 89th minute.

The Gunners have now won a home game in the month of November for the first time since 2017 when they defeated Huddersfield 5-0.

The Gunner had drew four and lost two of their six November matches at the Emirates since then.

They have now moved up to 20 points, six behind leaders Chelsea after the win while Watford slipped to 17th spot with 10 points heading to the International break.