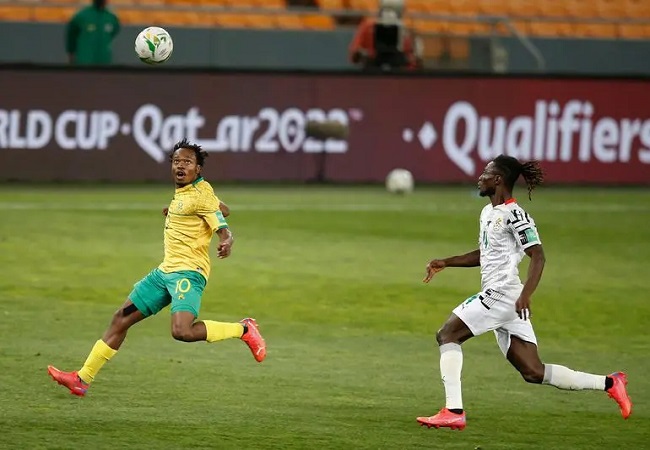 SAFA have lodged a comprehensive appeal with FIFA, protesting the recent 1-0 defeat that Bafana Bafana suffered at the hands of the Black Stars, that keeps their hopes of World Cup qualification alive.

The hope is that it will lead to a rematch between South Africa and Ghana after they felt Senegalese referee Maguette N’Diaye made a number of glaring mistakes in the qualifying game.

Also Read :  “THE RESULTS OF GAMES ALWAYS BASED ON THE REFEREE” – JOHN ARWUAH

SAFA believes N’Diaye displayed clear bias on the night, with a dubious penalty that was awarded most specifically at the centre of a controversy related to perceived “match manipulation”.

According to TimesLive, SAFA have since submitted additional supporting documents to their original complaint to FIFA before the 20 November deadline, set by the world governing body.

“More evidence was brought forward and Safa managed to send it to Fifa before the deadline.” An insider was quoted as saying.

It was hoped that a decision would be reached this week. But as the delay goes on, it’s clear that this has not become a simple matter to adjudicate.