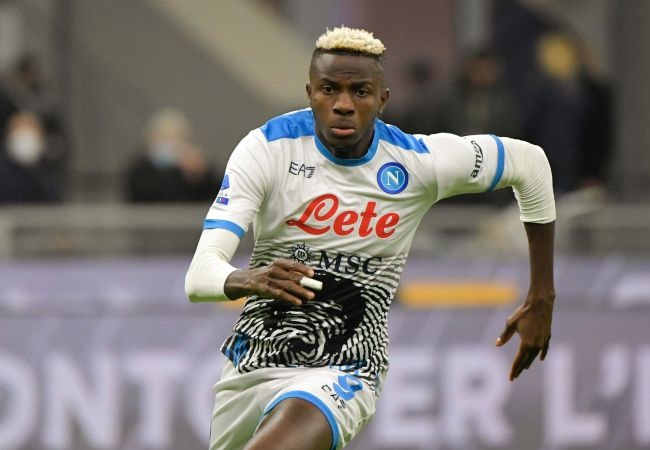 Napoli star, Victor Osimhen was ruled out for three months after sustaining a nasty facial injury in his side’s 3-2 loss against Inter Milan in the Serie A. However, this time on the sidelines could be reduced.

Super Eagles and Napoli striker Victor Osimhen could make an early return to action despite being ruled out for three months with a head injury. But he would have to make use of a protective mask to make that happen.

The Nigerian international has undergone surgery and was discharged from the Ruesch clinic on Thursday.

Napoli confirmed after the surgery that their striker would be out for three months, ruling him out of next year’s Africa Cup of Nations.

However, according to reports from Fantacalcio, the Neapolitans plan to have the 22-year-old return to training in January, wearing a protective mask.

But he would only train alone and not with his teammates to avoid physical contact.

Whilst this might be great news for Napoli, Osimhen would still not be able to return in time to lead the Super Eagles attack at the AFCON, which starts on the 9th of January.