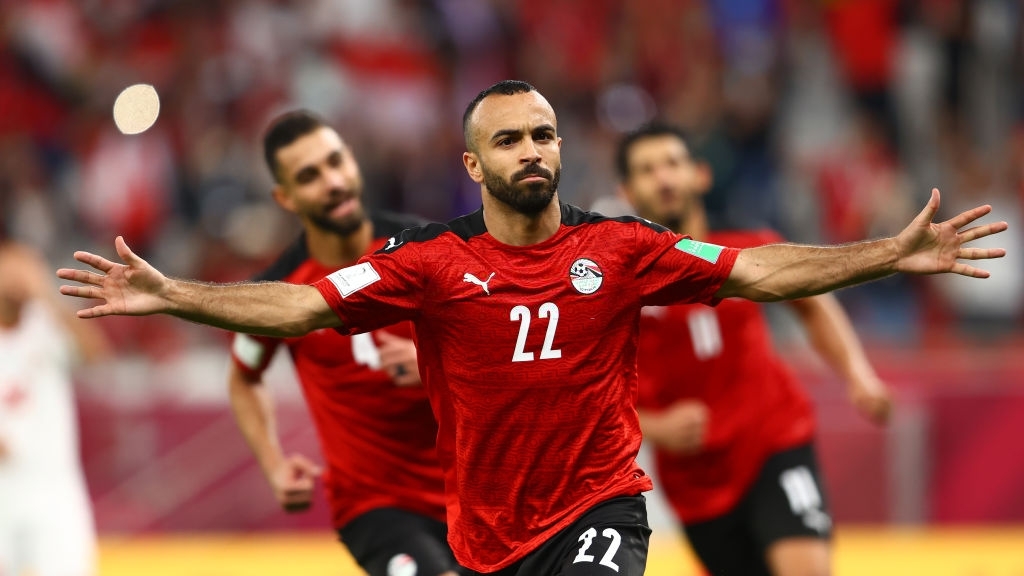 The Pharaohs of Egypt defeated Lebanon by 1-0 in Group D of the ongoing FIFA Arab Cup on Wednesday.

Egypt who are in the same group with Algeria and Sudan ensured they kick off the competition in a winning way.

The Pharoahs who are without some of their top players like Mohamed Salah, dominated the game from the start with the possession of the 15 minutes being 76% to the Pharaohs while only 24% to their opponents.

Despite controlling the ball, Egypt failed to break the Lebanese defences and therefore depended on the crosses and long shots, but that didn’t trouble Mostafa Matar.

The first real chance came in the 33rd minute, when Ahmed Hegazi met Mostafa Fathi’s free-kick with a strong header, which was saved by Matar, before the rebound was met by El-Wensh, whose effort was cleared off the line by George Melki.

Seven minutes into the second-half, Egypt thought they had scored when Refaat was sent through on goal by Afsha.

The breakthrough finally came for the African side when Ahmed Fetouh launched a solo run before he was upended by Lebanese sefender inside the box.

Mohamed Magdy Afsha stepped up and sent the goalkeeper to the wrong way to hand Egypt the much needed three points.

It was his fifth goal for the Pharoahs in 15 appearances.

Meanwhile in the second game of the group, Algeria ran riot against fellow African Sudan in a 4-0 trouncing.

The result ensure the Desert Warriors go in front of Group D on goal difference.

Egypt next game will be against Sudan while Algeria play Lebanon on December 4.