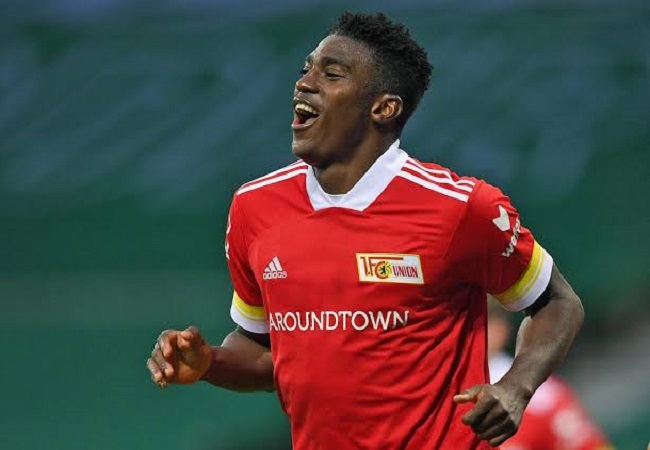 Union Berlin dominated the game from start to finish and defeated RB Leipzig 2-1 at Stadion An der Alten Försterei (Berlin) on Friday night. A victory that sees the capital outfit climb to fourth position in the provisional German Bundesliga standings.

Super Eagles striker Taiwo Awoniyi who has lit up the Bundesliga this season and Christopher Nkunku, another RB Leipzig player of interest to interim Manchester United boss Ralf Rangnick, shone for their respective teams.

The Nigerian bundled past goalkeeper Peter Gulacsi at the back post to open the scoring after a dangerous ball into the box by Julian Ryerson in the sixth minute.

Nkunku with a brilliant shot from 30 yards out equalised for the visitors seven minutes after Awoniyi broke the deadlock.

Baumgartl fired home from close range for 2-1 in the 57th minute. And Awoniyi had a good chance to double the advantage in the 63rd minute but headed wide.

Awoniyi has already been involved in an impressive sixteen goals this season, having netted 14 goals in all competitions and produced two assists in 23 matches.