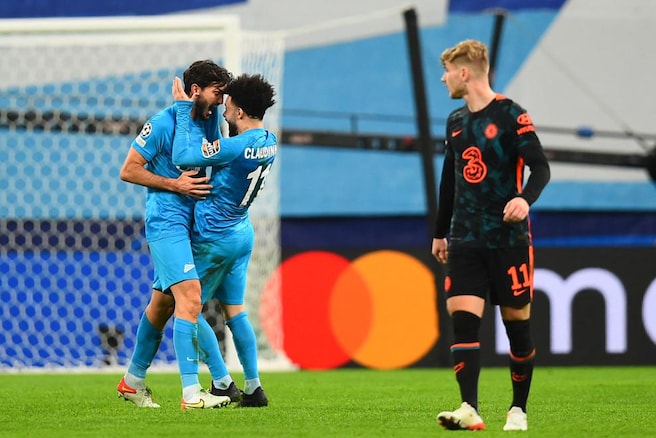 A six goals thriller saw both teams scored a late with Chelsea failing to hold on to the top spot.

The Blues before the game were topping. Juventus on goal difference after their resounding 4-0 win at Stamford Bridge.

With the return of Romelu Lukaku and Timo Werner to the starting line, the Blues scored first in just two minutes through Werner.

Zenit after conceding the goal pushed Chelsea to the back as they dominated more of the possession.

Claudinho leveled for the host in the 38th minute before Sardar Azmoun completed the come back four minutes to end of the first half.

Chelsea returned to the second looking more dangerous on the attack and their effort was gifted with the equalizer as Lukaku was set up by Werner in the 62 minutes.

Chelsea thought they had already won it all when Werner scored with five minutes left to the end of her game to make the score 3-2.

Zenit denied the defending champions the opportunity to run away with the three points and top the group as Magimed Ozdoev scored in added time.

Finishing second in Group H means that in the round of 16 Chelsea could face Ajax, Real Madrid, Bayern or the winner of Group G – currently a shoot-out between LOSC, Salzburg and Sevilla.