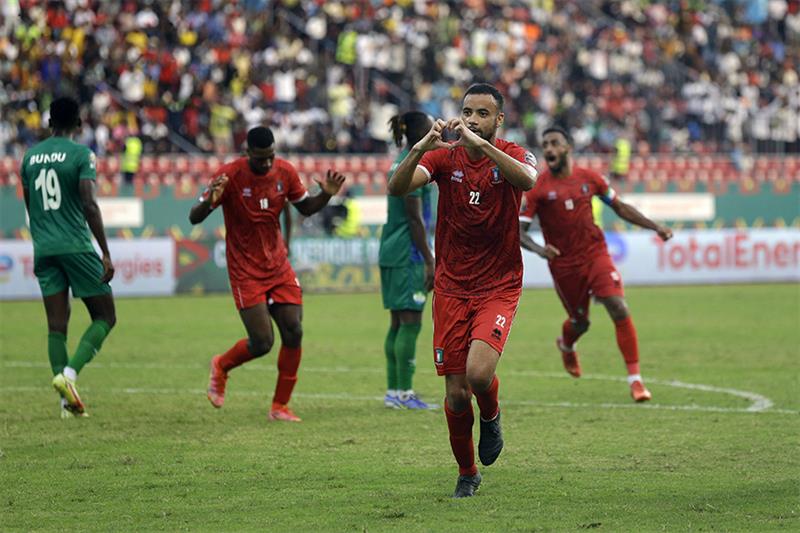 Pablo Ganet Comitre scored in the 38th minute, latching onto a cutback from the right corner before drilling the ball past a forest of defenders that unsighted the otherwise impressive goalkeeper Mohamed Kamara for Sierra Leone.

Late in the game, Sierra Leone had a chance to salvage a point from the proceedings.

However, Equatorial Guinea goalkeeper Jesus Owona stood up to be counted as he leapt to punch out Alhaji Kamara’s penalty.

Equatorial Guinea had given away the penalty after fouling a player for Sierra Leone.

That save proved decisive as Equatorial Guinea sneaked through to the knockout phase alongside Ivory Coast who thrashed Algeria 3-1 to dump the previous holders out of the race.

The game went from bad to worse for Sierra Leone as Kwame Quee was red carded on the stroke of full-time.

Sierra Leone finished second from bottom with one point from three games, one point ahead of bottom-placed Algeria.