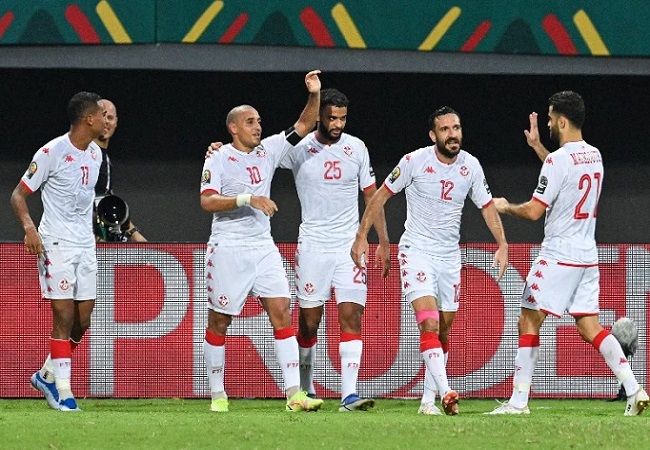 Gambia and Tunisia go head to head on Thursday being Separated by just one point in Group F of the Africa Cup of Nations (AFCON). The game will kick off at the Limbe Omnisport Stadium at 19:00 GMT.

Gambia currently lead the way in the group table, level on four points with second-place Mali, while the Eagles of Carthage are third with three points from two outings. With four point in two games, a share of the spoils on today will be enough to see them through to the last 16.

Gambia maintained their fine start to the Africa Cup of Nations as they put on a resilient display to come from behind to salvage a 1-1 draw against Mali last Sunday.

Tom Saintieft will be delighted with his side’s start to the tournament after they opened their campaign with a hard-earned 1-0 victory over a resilient Mauritania.

Meanwhile, Tunisia got their AFCON campaign up and running last time out when they cruised to a dominant 4-0 win over Mauritania at the Limbe Omnisport Stadium.

This followed a somewhat disappointing 1-0 defeat at the hands of Mali in their group curtain-raiser on January 12.

Tunisia, who are currently third in the group standings with three points from two outings, need a win the to make it through.

Confirmed starting XI for both Gambia and Tunisia as attached.