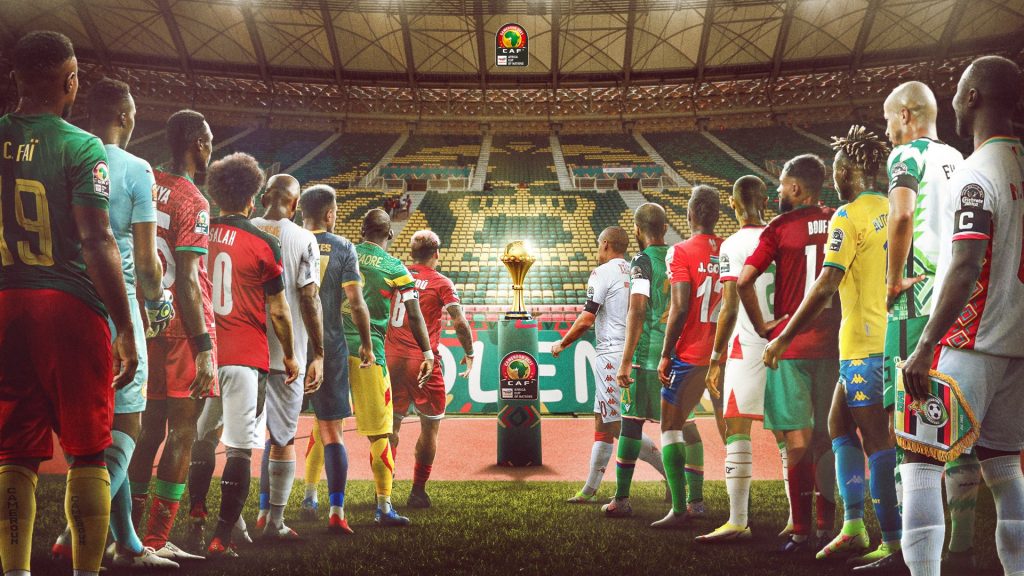 The Group Stage of the TotalEnergies Africa Cup of Nations, Cameroon 2021 was concluded on Thursday 20 January 2022.

The 33rd edition of the AFCON produced some talking points as well as upsets which shows Africa football is developing rapidly.

So far, Sixteen teams reached the knockout stage as the journey to who will be come the champions of Africa continues.

Africatopsports.com take a look at some stunning moments and historical facts of the group stage.

The Super Eagles Are Soaring Again:

Nigeria Super Eagles suddenly became one of the favourite to win the 2021 AFCON having not been given the chance.

Nigeria qualified to the Round of 16 with the maximum nine points conceding just one goal.

Cameroon Continue The Trend Of Teams Hosting The Tournament.

Hosts Cameroon topped their group with seven points, continuing the trend of teams hosting the competition getting to the knock-out rounds at the Africa Cup of Nations in all but one edition since the turn of the century (13 out of 14 nations, including shared-hosts), with the only exception being Gabon in 2017.

The Indomitable Lions scored the most goals at the 2021 Africa Cup of Nations so far (7), while the last teams to score more in the group stages of the competition did so back in 2008 (Cameroon – 10, Egypt and Côte d’Ivoire – 8).

Four-time Africa Cup of Nations winners Ghana failed to win at least one match in a single AFCON edition, with this their 23rd appearance in the competition.

The Black Stars failed to progress to the knock-out stages for the first time since 2006.

Gambia and Comoros have both made it through to the knock-out rounds in their very first appearance at the Africa Cup of Nations – it’s the first time two debutants have made it out of their group in an AFCON edition since Côte d’Ivoire and Senegal finished joint-third in 1965 (the first AFCON with a group stage).

Algeria Enters The Wrong Side Of History

Algeria became the first reigning champions to fail to qualify from the group stage at the Africa Cup of Nations since Côte d’Ivoire in 2017.

While they are the first reigning champions to lose two group stage games in a single AFCON tournament since Cameroon in 1990.

Senegal finished top of Group B with 5 points (W1 D2), becoming the first side since Zambia in 1994 to win their group while scoring only once.

• There have been 10 goals scored from the penalty spot at the 2021 Africa Cup of Nations so far, already more than in any of the previous three tournaments and just one short of the total in 2008 (11).

Indeed, it’s the most ever recorded in the group stages of a single AFCON edition.

There have been 68 goals scored from 816 attempts in the 36 matches at the 2021 Africa Cup of Nations so far, an average of 22.7 shots per game with a shot conversion rate of 8.3% – both the lowest on record since Opta began collecting this data in 2010.

• Vincent Aboubakar is currently the top

• Only Cameroon’s Vincent Aboubakar (15) had more attempts at goal than Algeria’s Youcef Balaili (12), while the last player to have more shots without scoring in a single AFCON group stage was Burkina Faso’s Alain Sibiri Traore in 2015 (14). In fact, the Algerian also created the most chances in the 2021 AFCON group stages (12), and the most without registering a single assist since Zambia’s Rainford Kalaba in 2013 (17).