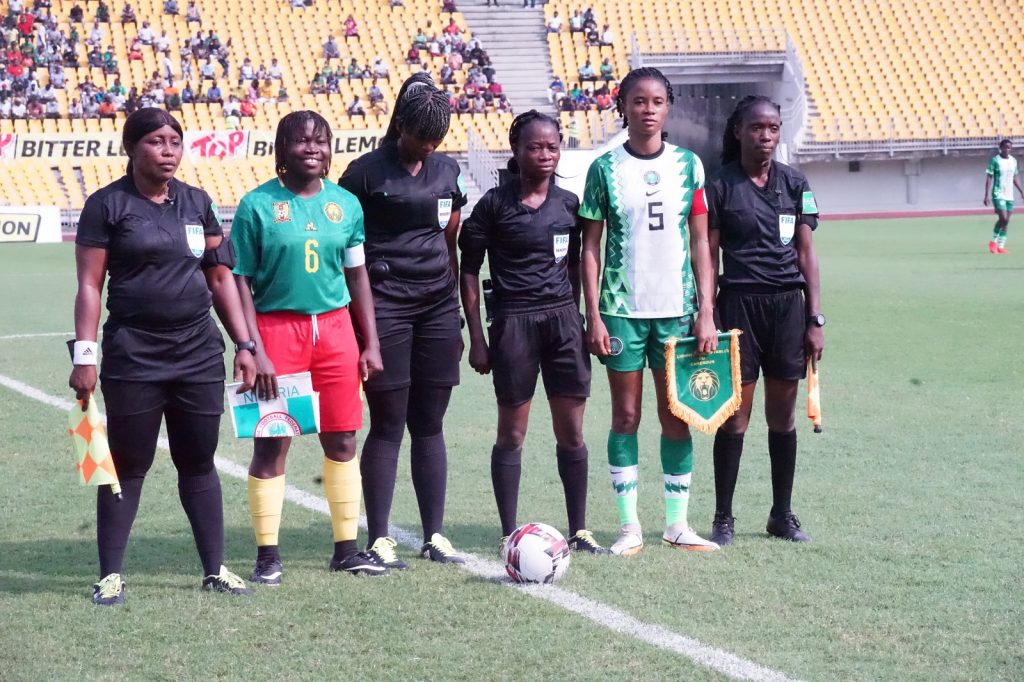 Nigeria Falconets held the Young Lionesses of Cameroon to a goalless draw in the first leg of the U20 FIFA Women’s World Cup.

The Falconets gave a good account of themselves against the host in Douala, Cameroon.

The Young Lionesses of Cameroon were hoping to avenge their 2019 defeat to the Falconets but it was the visitors who dominated the game.

The Falconets created couple of chances but could not break the defense line of the Cameroonians.

Luck was not on the side of both teams to break the deadlock as they settled for 0-0.

The battle will continue at the Johnson Mobolaji Arena in Lagos for the second leg in a forth night.

The winner of the tie will advance qualify to the 2022 FIFA Women’s World Cup to be hosted in Costa Rica.