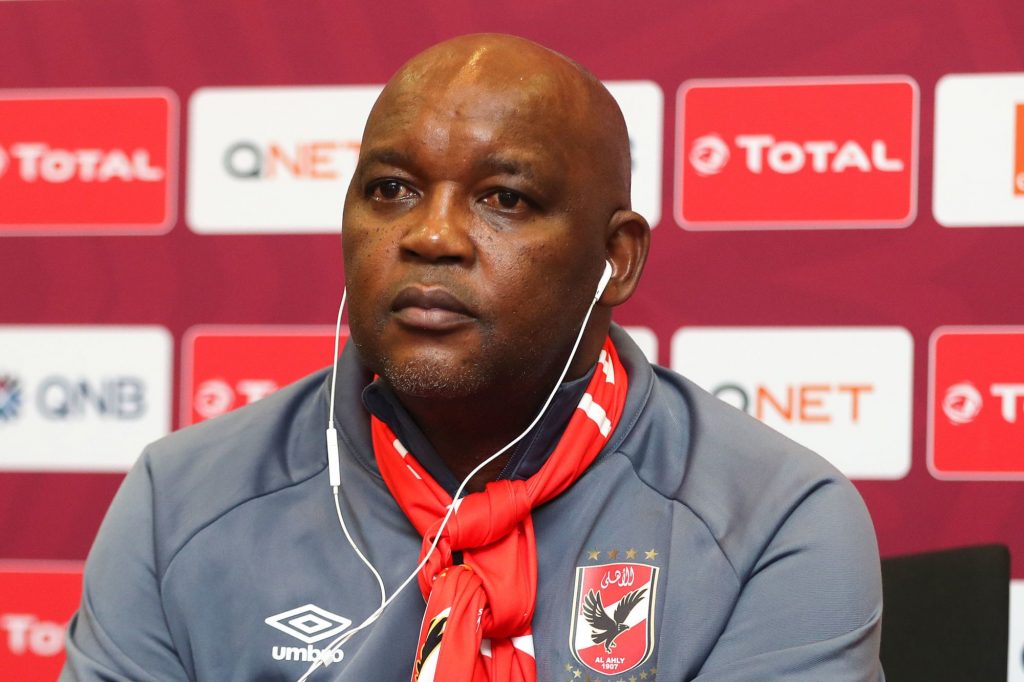 Al Ahly will travel to Morocco this weekend to face Raja Casablanca, where they will try to build on a slim 2-1 first-leg lead to advance to the next round of the CAF Champions League.

Mosimane’s team won the first leg of the match at home thanks to goals from Amr El Solia and Hussein El Shahat, but a goal from Raja’s Mohamed Zrida on the stroke of half-time has left the second leg in Morocco everything to play for.

The former Mamelodi Sundowns coach backed his team to overcome the challenge provided by Ahly’s North African rivals before of the match.

“We expect the game to be a tough one as we will be playing against an experienced team with great history so we are fully concentrated on the game,” Mosimane said during his pre-match press conference.

“We were able to defeat Raja in the CAF Super Cup and in the first leg of the CAF Champions League quarter-finals.

“We will be looking forward to defeating them tomorrow and qualifying for the next round.

“We will be missing several key players in Friday’s game due to injury.

Badr Benoun is one of those key players who is very beneficial for the team but won’t be able to play.

“That’s part of football, though, and we will do our best with those who are available to play in order to qualify for the next round.”