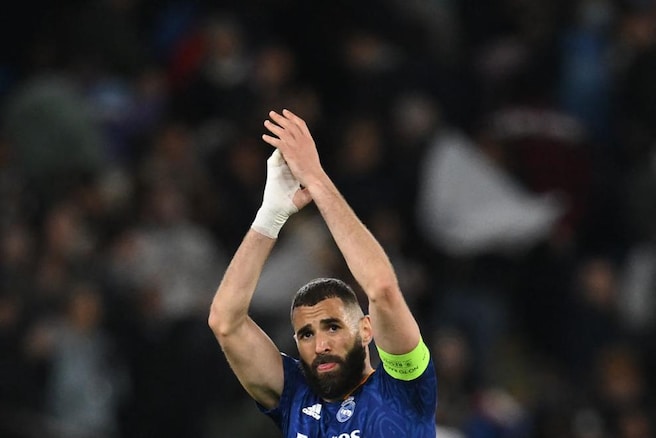 Benzema since the departure of Cristiano Ronaldo has confined to prove his mettle becoming the hero en route Real Madrid journey to the semi final.

The Frenchman netted a brace in Real Madrid ‘s 4-3 loss to Manchester City in the first leg of the UEFA Champions League at the Etihad Stadium on Tuesday.

Benzema is now the first player to score 40 plus goals in a single season for Real Madrid since Cristiano Ronaldo left them in 2018, with Ronaldo the last to do so for the club in 2017-18 who scored 44.

After his hat-trick at Chelsea and brace tonight v Man City, he also became the first player in Champions League history to score as many as five goals away from home in the knockout stages against clubs from a single nation in a season.

Real Madrid will have to overturn a one goal deficit following the 4-3 loss to Manchester City.