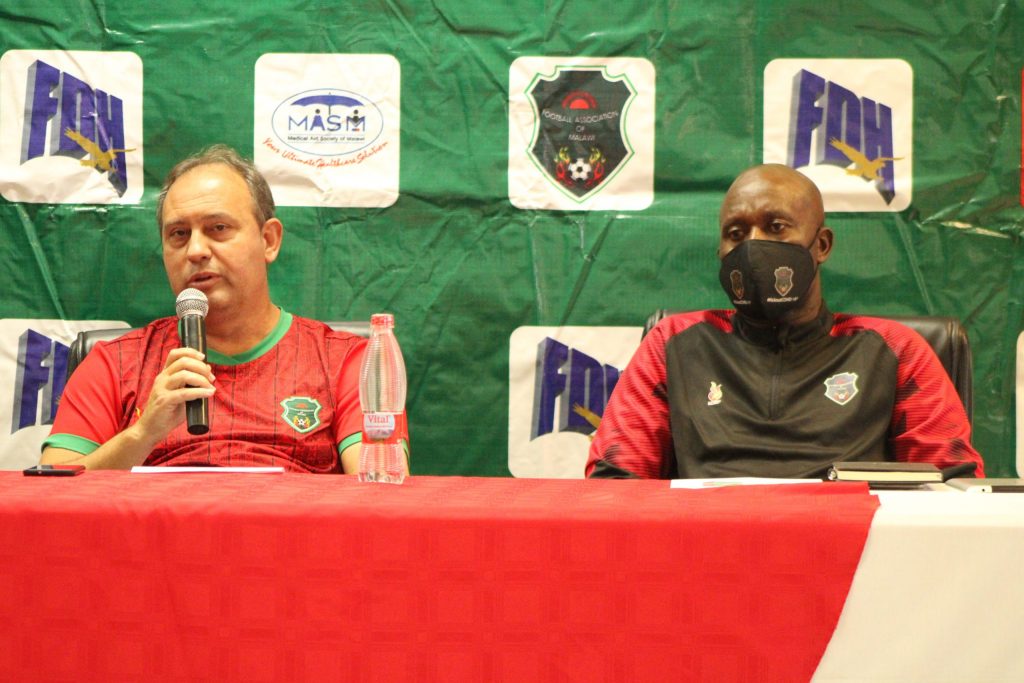 Malawi coach Mario Marinica has named a provisional 27-member squad of home-based players to begin the first phase of preparations for the 2023 Africa Cup of Nations (AFCON) qualifiers.

Marinica, who has taken over the mantle from dismissed Meck Mwase, said he wanted to build on the team’s performance at the 2021 AFCON finals held in Cameroon.

“We will try as much as possible to build on continuity and consistency and at the same time to look to get new faces,” he told Football Association of Malawi website.

“Like I said before I want everyone to be here on merit and based on performances regardless of age and clubs where they are coming from.

“If anyone in the country plays well and proves that he has potential, we will not hesitate to give them a chance to prove their capabilities at national team level.

“We are looking at players that are in-form but also bridge the gap by looking at the future. We will continue assessing players how they are preforming and if people show they are good enough they will be called.”

The coach has dropped goalkeepers William Thole, Brighton Munthali, Zebron Kalima and defender Peter Cholopi who were part of the 2021 AFCON squad.

Mwase earned the Flames qualification to the 2021 AFCON but was demoted with the Romanian Marinica taking charge of the team and it reached the round of 16.

Malawi will meet Ethiopia and Guinea between the end of this month and next month in the qualifiers for Group D with a meeting against heavyweights Egypt slated later in the year.

The Flames first phase of training starts this week until May 22 when the next phase will begin involving foreign land based players.

Malawi will host Ethiopia on May 2 before facing Guinea four days later.