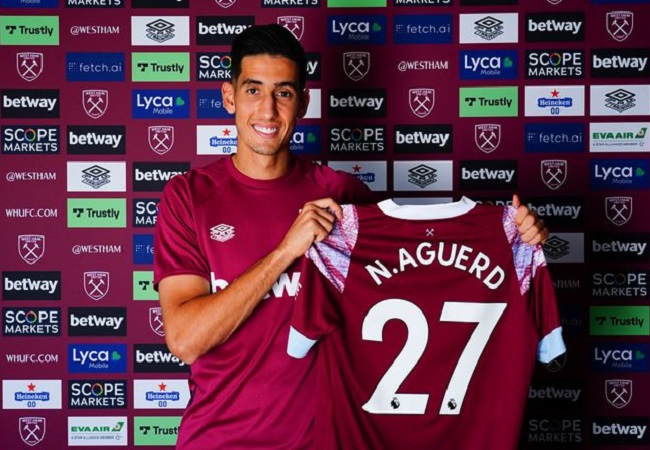 Nayef Aguerd who has been capped 25 times by his country, has agreed a five-year contract with the Premier League club.

Hammers manager David Moyes had been eager to recruit a left-footed centre-back during the summer window.

Also Read : NAYEF AGUERD: THE MOROCCAN IN THE SIGHT OF COLOGNE AND NICE

“I am delighted to welcome Nayef to West Ham United. We have tracked his progress for some time. And I’m very pleased that we have been able to complete the signing.” Moyes told the club website.

“He’s a great addition that will add to our defensive options.

“I have been really impressed with Nayef’s character and attitude during our discussions. He has a great desire to improve and be successful. And I am sure he will fit in very well to the environment we have at Rush Green (training ground).” The statement continued.

Aguerd began his career with FUS Rabat in his homeland before moving to France in 2018 to join Dijon. And he vill be then transferred to Rennes in 2020.

“I was really excited when I heard about West Ham United’s interest.” Said the player.

“When I heard about it, I knew I needed to go to the Premier League. Because it’s a dream for every player.

“West Ham is a historic club. I talked with the manager. And he showed me that he was very interested. So it was easy to choose to come to West Ham.” Added Aguerd.