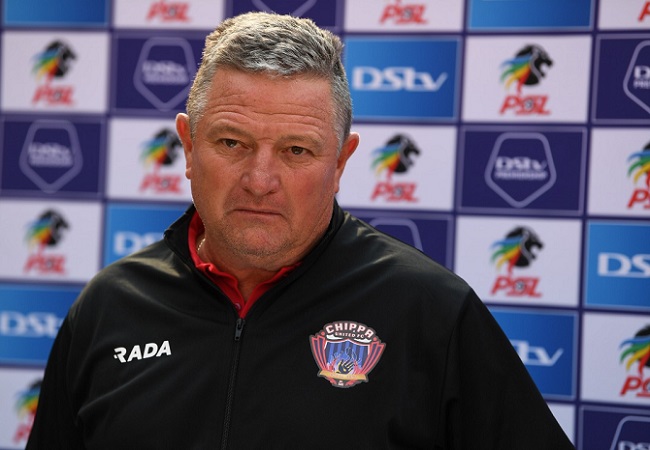 On Wednesday this week, he posted an image of himself online with the caption “missing it” accompanied by a football emoji.

Reacting to the post, Mosimane, who had numerous touchline battles with Hunt during their time coaching in the PSL, wrote on social media: “@gavinhunt12 I have struggled to understand that you are yet to get attached to a team after winning so many League and Cup trophies, plus CAF Champions League experience. Waiting to hear from you about your recent trip at Man City.”

“Missing our Friday Nights nail biting big games and we both came out of those battles exhausted, with fresh open wounds.” He added.

GOAL reported that Hunt travelled to England to join Premier League champions Manchester City for a two-week training lesson in February this year.

Also Read : AVIN HUNT ASKS PITSO MOSIMANE TO “GET HIM A JOB IN EGYPT”

He was tipped for a return to Matsatsantsa this year. He was also linked to the coaching vacancy at Tanzanian giants Simba SC. But none of them has yet come to success.

Hunt was reported not to be in a hurry to find a new job, but as his latest posts suggests, he could be ready for a return to the dugout.