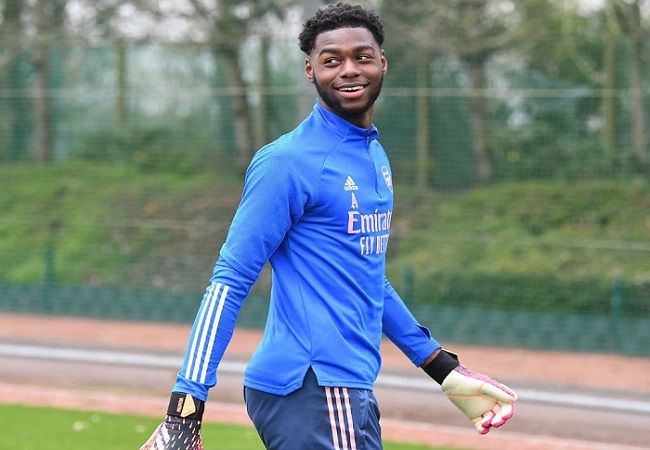 Arsenal have reportedly have reached a club-to-club loan agreement for the Nigerian-descent promising goalkeeper Arthur Okonkwo.

The Gunners have greed to an unnamed English Football League (EFL) Two club the young goalkeeper to spend the 2022-2023 season away from the Emirates Stadium.

Okonkwo himself would have already agreed to join the League Two club on temporary transfer deal.

The Hale End Academy graduate was angling for a loan move with a view to making his professional debut in the forthcoming season.

Last season, Okonkwo was Arsenal third choice goalkeeper behind Aaron Ramsdale and Bernd Leno. And he received seven call-ups for Premier League games without being utilized off the bench by manager Mikel Arteta.

The return of Rúnar Alex Rúnarsson from his loan spell at OH Leuven and signing of United States glovesman Matt Turner has pushed Okonkwo further down the pecking order of goalkeepers at the Emirates.

Okonkwo signed his first professional contract with Arsenal in September 2018.

The 20-year-old has faced Football League opposition in the past, making appearances against Crawley Town and Plymouth Argyle in the Papa John’s Trophy.