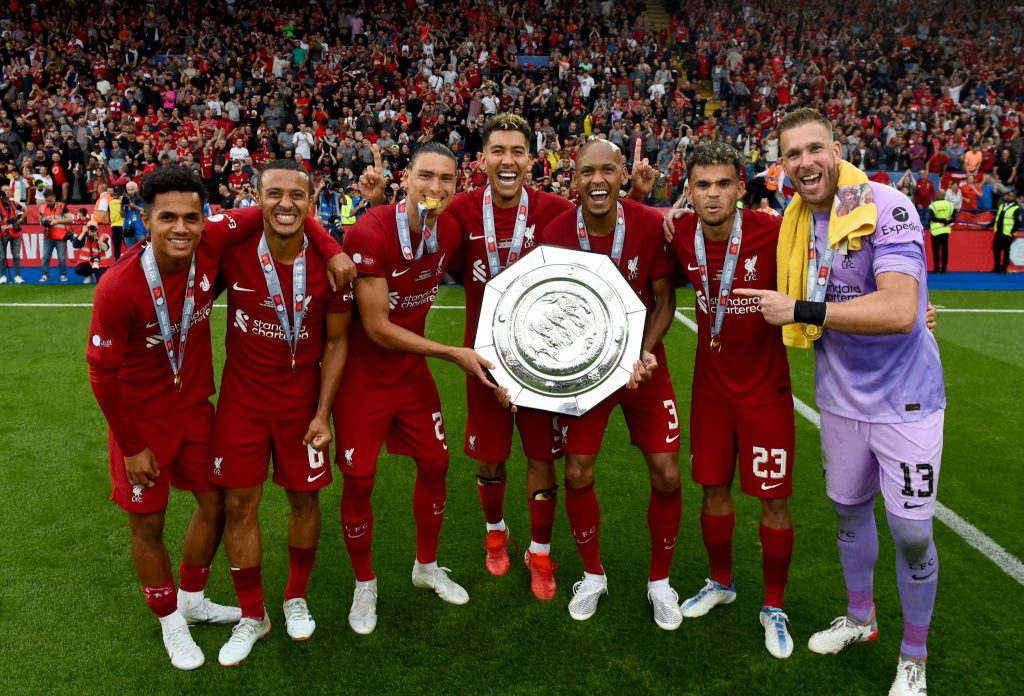 Liverpool dealt the first blow of the new season to Manchester City as they claimed a 3-1 win to seal victory in the 2022 Community Shield.

Read Also:Community Shield: Liverpool Takes The Lead In First Half

In the East Midlands, Reds captain Jordan Henderson made his 450th overall appearance.

While Luis Diaz, Mohamed Salah, and Roberto Firmino joined the Brazilian in attack, Darwin Nunez was listed as a substitute.

The action got underway quickly, as Liverpool created the first opportunity of the contest.

After Salah did well down the right, Henderson crossed to find Diaz inside the area, but Diaz saw his shot blocked.

Following a successful break, Salah then put the ball in the back of the net himself before being stopped by a last-ditch tackle.

At the other end, Kevin De Bruyne answered with an attempt of his own, but Van Dijk was there to help deflect the driven shot wide.

When Alexander-cross Arnold’s reached his teammate full-back, Andy Robertson, his header was off-target, although he came the closest.

Just after the 20-minute mark, the No. 66 himself gave the Reds the lead with a curling shot that went in off the inside of the post off a ball from Salah.

Before the break, City came back, first through De Bruyne, who shot wide, and then through Riyad Mahrez and Erling Haaland, both of which Adrian had to save low.

After the change of ends, Adrian was compelled to respond quickly and blocked a close-range half-volley attempt from Mahrez to preserve the slim lead.

Salah caused City difficulties once more by cutting inside and having a shot blocked before Nunez came off the bench at the hour.

The attacker nearly had an immediate impact as he raced through on goal and was stopped by goalkeeper Ederson, but the offside flag saved him.

A short while later, Henderson slipped him through on goal, but the advancing shot-stopper was to stop him.

After the flurry of action, the game began, but after a protracted VAR review, City scored with just under 20 minutes remaining.

Prior to the City duo being adjudged to be onside during the build-up phase during a lengthy stoppage, the goal was initially disallowed.

Only a few minutes later, when Liverpool fervently argued for a penalty, referee Craig Pawson was once more compelled to use VAR.

Play continued for a moment before the match official checked the pitch side monitor after Nunez’s header back across goal struck Ruben Dias in the arm.

Salah duly scored from 12 yards out, and Nunez gave the game’s final flourish with his debut goal in stoppage time with a cushioned header from close range.