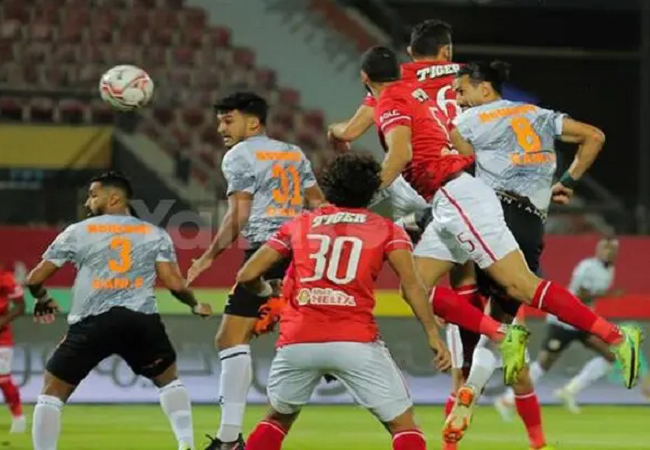 Al Ahly dropped points for their second successive game with a goalless draw against Pharco FC on Wednesday while there is no room for error for the Red Devils in the Egyptian Premier League title. Failing to close the gaps, arch-rivals Zamalek moved close to retaining their crown.

Despite being on a slippery slope, Al Ahly’s coach Ricardo Soares announced that he will continue fighting for the title. The Portuguese coach believes the team still have a chance to claim it.

“As long as the Egyptian Premier League title winner wasn’t determined, we will continue fighting. And we know well that we play in difficult circumstances.” Soares told a press conference late on Wednesday.

“I want to sent a message to the players that we live in hard times. But we are still able to fight and march on in the race for the title.” The Portuguese coach added.

Al Ahly lie third in the table with 56 points, three behind second-placed Pyramids FC and 10 adrift of Zamalek, who both played a game more. With only six rounds remaining, Zamalek are unlikely to surrender the top spot.

Pharco were better in the first-half with the minnows threatening once and creating some half-chances.

Ahly were reinvigorated following the second-half introduction of South African forward Percy Tau, who returned from a six-week injury layoff, as they pushed forward in search of a vital winner.

The Bafana Bafana star found the back of the net with a thumping finish in the 72nd minute only for VAR to be called upon.

Despite it being extremely tight, Tau was flagged for offside. And the goal was canceled out by the officials.

“We respect the rehab programme of Percy Tau. The player told me that he didn’t reach the full recovery. But we risked him in the last minutes of the game.” The Ahly coach added.

“It’s normal for the players’ confidence to be affected by the points drop and injuries. So I am here to defend the players.” Soares said.

Tau has been at the center of attention at Al Ahly since Pitso Mosimane’s departure. Reports even suggest he too is heading for the exit door at the Egyptian giants.

Ahly will face Ittihad of Alexandria in the 29th matchday of the Egyptian Premier League on Sunday.