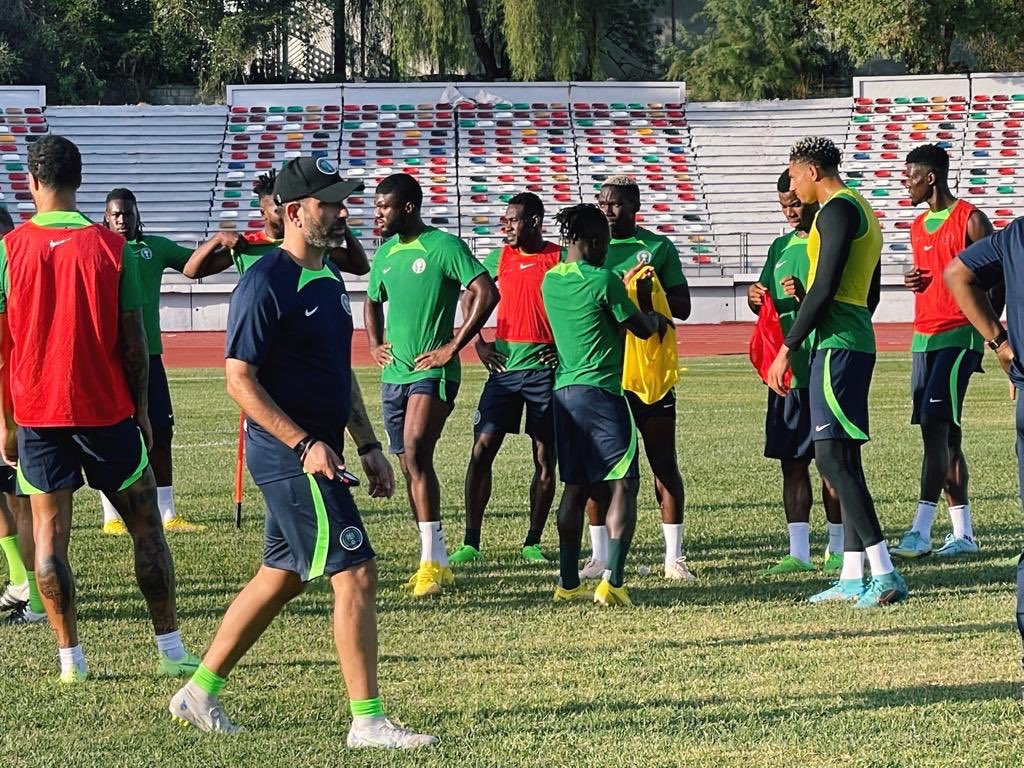 Wednesday afternoon saw a packed house when goalkeeper Francis Uzoho of Omonia Nicosia of Cyprus and defender Ebube Duru of Rivers United arrived at the Super Eagles camp in Constantine.

With the addition of Uzoho and Duru, head coach Jose Peseiro now has all 24 invited players in camp in preparation for the two friendlies against Algeria.

The two are anticipated to participate in the team’s practice on Wednesday night.

On Wednesday, Kelechi Iheanacho, a forward for Leicester City, joined his colleagues in camp.

In two friendly matches, on Friday and next week’s Tuesday, the Super Eagles will take against the Algerians.