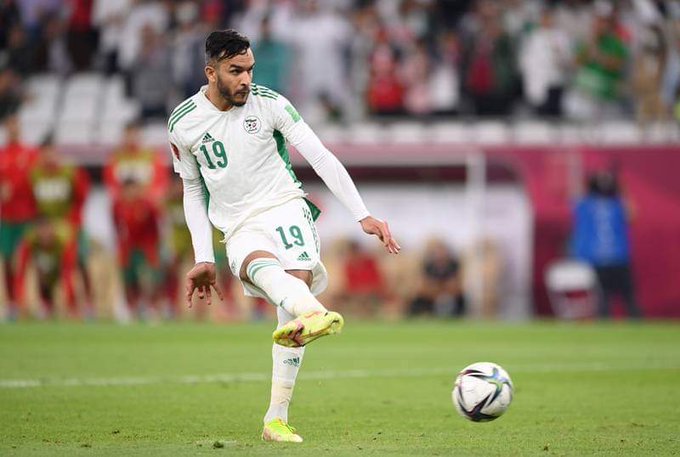 Abdelkader Bedrane, a defender for Algeria, will not play in the international friendly between the Desert Foxes and the Super Eagles of Nigeria.

In last Friday’s 1-0 victory over the Algerian Desert Foxes, Bedrane suffered an injury.

The 30-year-old injured his ankle during the match at the Miloud Hadefi Stadium in Oran, according to information on the Algerian Football Federation’s official website.

Due to the setback, the center defender has returned to Damac, his Saudi Arabia Professional Football League team.

He was a member of the squad that claimed the 2021 FIFA Arab Cup.

The game on Tuesday will begin at 8 p.m. at the Miloud Hadefi Stadium in Oran.