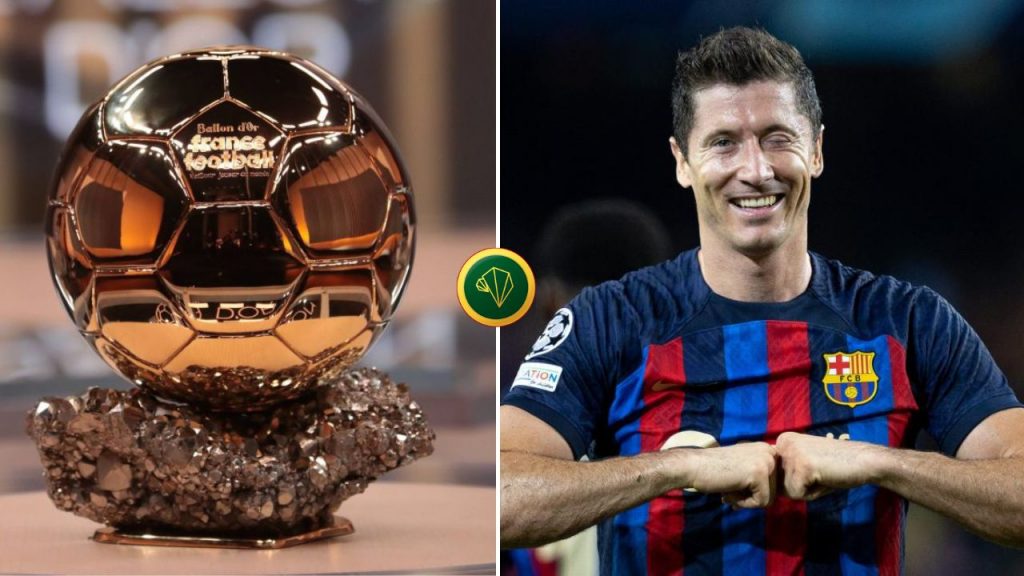 La Liga side FC Barcelona reacted to Ballon d’or 2022 leaked final ranking which is being shared on social media after it appearance on Thursday.

A 2022 Ballon d’or final results has been circulating on Twitter since Thursday with fans sharing it everywhere.

The one on top of that leaked ranking is Real Madrid striker Karim Benzema which is followed by Sadio Mane and Mohamed Salah.

A ranking which Catalonians are yet to validate as they believe their goal-getter Robert Lewandowski deserves to win the award this year.

While the leaked results were trending on Twitter, Barcelona admin posted this message on their account : “Ballon d’Lewy” as a response to those believing Benzema will claim the top prize.

The Frenchman has been instrumental for Los Blancos last term scoring 44 goals and providing 15 assists in 46 games across all competitions to help them claiming the treble.

Meanwhile, Lewandowski claimed the European Golden boot as he netted a record 35 goals in 34 Bundesliga games as well as finishing second top scorer in UEFA Champions league with 13 goals in 10 games.

We’ll have to wait until October 17 and the big France Football ceremony to know who will be this year’s Ballon d’or winner.