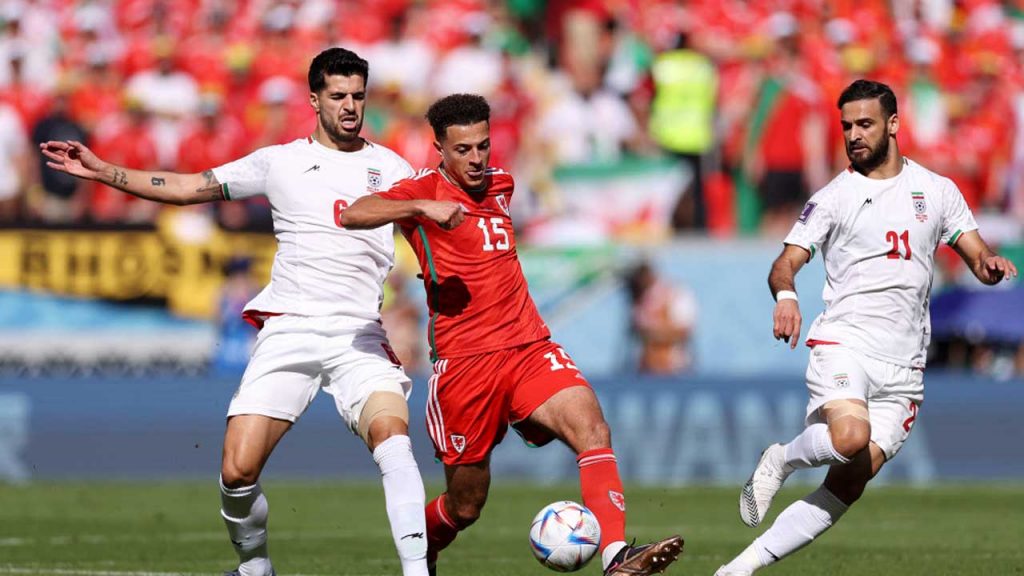 Wales’ first World Cup in 64 years appears destined to fail after they lost a painful, but well-deserved, last-gasp match to Iran in Qatar.

Wales drew 1-1 with the United States on Monday at the same venue to commemorate their emotional and long-awaited return to football’s biggest stage after being missing from World Cups since 1958.

After Ramin Rezaeian capped off a counterattack, the victory was sealed by substitute Rouzbeh Cheshmi, giving Iran’s team new hope of making it to the knockout rounds for the first time in their history.

Wales began out terribly, just like they did in their opening tie with the US, and we can thank VAR for preventing an offside goal from Ali Gholizadeh of Iran.

Iran’s players sang their national anthem during one of the most emotionally charged World Cup matches after refusing to do so before their opening defeat to England in what appeared to be a support for anti-government protests in their country. However, their own supporters heckled them and some were even seen sobbing in the stands.

Sardar Azmoun and Gholizadeh both hit the post in quick succession as Carlos Queiroz’s team was incredibly unlucky not to score early in the second half, roared on by the ardent and nearly completely Iranian audience.

After a VAR review, Wales goalkeeper Wayne Hennessey was dismissed for a careless challenge on Mehdi Taremi. Wales was in desperate need of a late winning goal and as they pushed forward in search of it, a long ball over the top exposed the defense.

That effectively ended Wales’ chances of winning this game and, most likely, moving on to the second round.

Iran were unrecognizable from the team destroyed 6-2 by England in their first match, and they thoroughly deserved this victory, which gives them new hope of making it to the round of 16. Robert Page’s team was just as disjointed against the USA as they were against Iran.
With England playing the United States later on Friday, Wales now has the daunting task of needing to defeat England in their final group match on Tuesday.

Although it is not impossible, Wales’ first World Cup in 64 years appears to be in severe risk of coming to an early end based on how the Group B teams have performed thus far in Qatar.