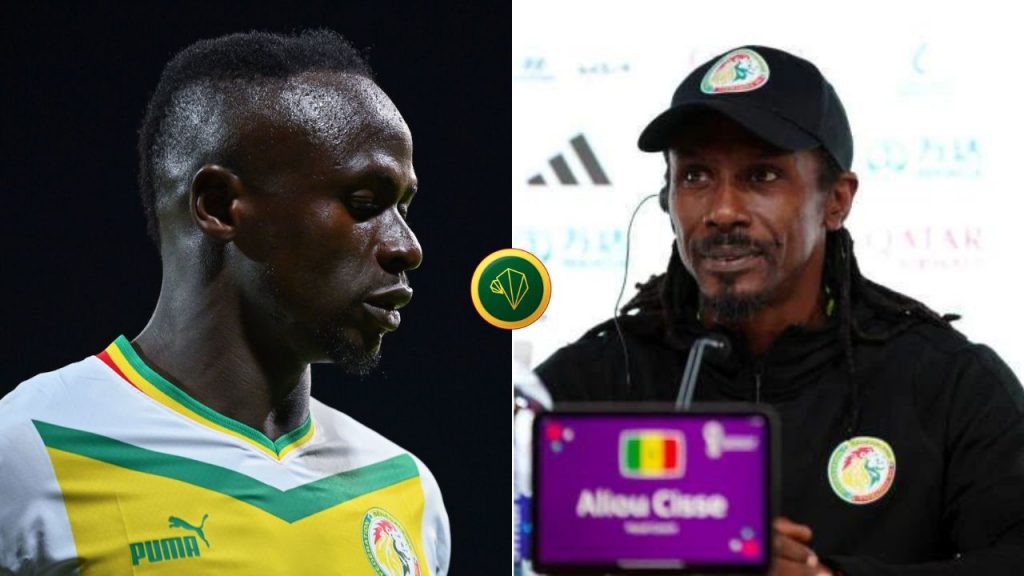 Senegal head coach Aliou Cisse says their qualification to World Cup 2022 last 16 round is also Sadio Mane’s even though the Bayern Munich star is not with his teammates in Qatar.

The 30-year old missed out on the World Cup due to an injury he picked up on Bayern Munich’s last game in Bundesliga.

The former Liverpool hitman has been included in his country’s World Cup squad, but he was finally ruled out as he would not recover in time.

Read more : Senegal through to World Cup last 16 round after beating Ecuador

Mane who didn’t fly to Qatar underwent a surgery in Munich and is expected to come back probably next year.

However, he is not missing Teranga Lions game as he continuously shows them support on social media.

And his coach Aliou Cisse paid him tribute after the team secure a World Cup knockout stage ticket thanks to their 2-1 win over Ecuador.

“I would also like to dedicate this victory to a man who is doing extraordinary things for the country, who is unfortunately not here today. This man is called Sadio Mané”, Cisse told beIN SPORTS after paying tribute to Papa Bouba Diop, Senegal’s first-ever scorer at a World Cup who unfortunately died in November 2020.

In addition, Senegal will face England in the next round should the Three Lions top Group B.