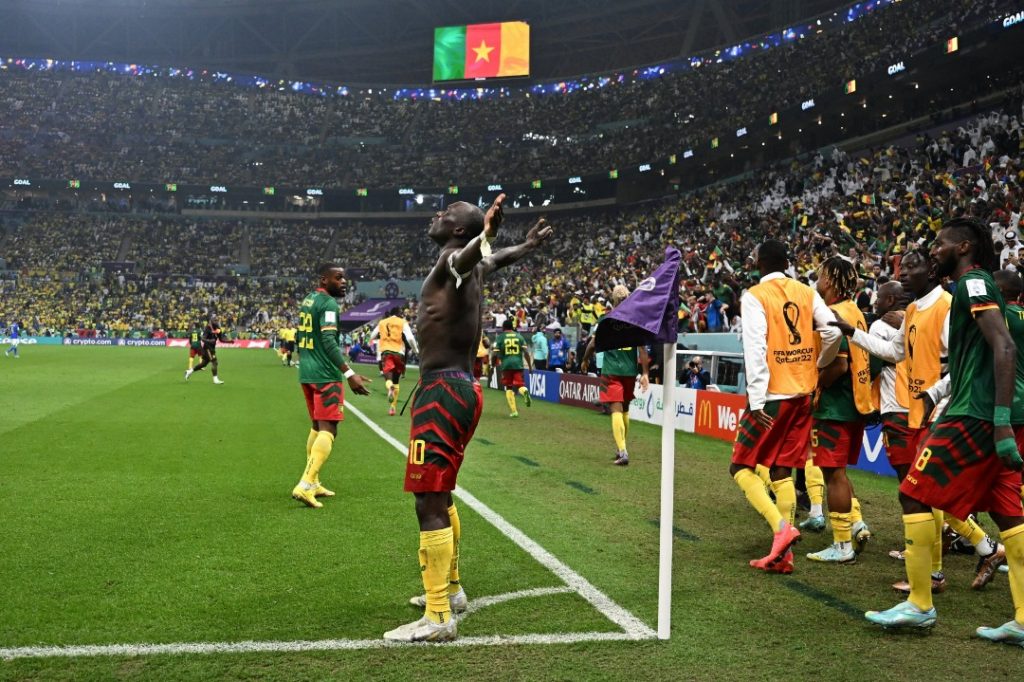 Cameroon defeats Brazil in their third World Cup 2022 game but it could not help them to qualify for the next round as Switzerland beat Serbia in the other game.

The Indomitable Lions had to win to hope for a defeat of Switzerland in the other match against Serbia. And Rigobert Song’s men did it, but the Nati won against the Serbs 3-2 to secure their second place in the other meeting of the group.

And yet, the 3rd of the last African Cup of Nations showed great things throughout the meeting with a huge Devis Epassy who multiplied the stops in the goals behind an experimental defense with Enzo Ebosse and Christopher Wooh since Nicolas Nkoulou and Jean-Charles Castelleto were out.

The Indomitable Lions did not really worry Ederson in the Brazilian cages except for a header from Bryan Mbeumo at the end of the first period, released by the Manchester City goalkeeper. But his providential man, the inevitable Vincent Aboubakar scored in additional time (90 + 2) to offer the three points to his country. However it wasn’t enough for the Indomitable Lions.

Cameroon therefore stops in the group stage with a rather not ridiculous record (1 loss, 1 draw and 1 victory). Samuel Eto’o’s dream of world champion did not come true, but this elimination is painful.